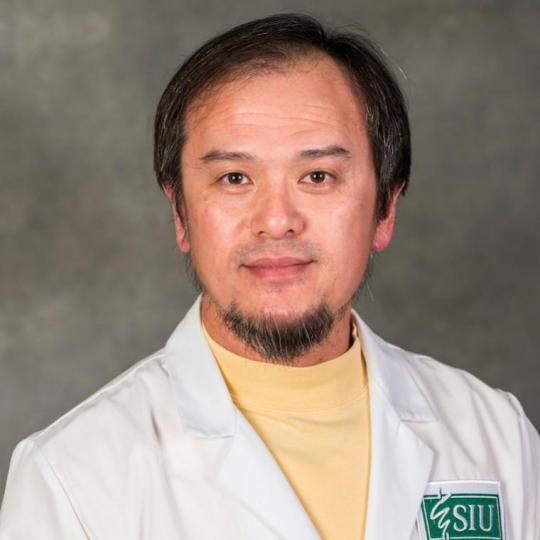 The sensations of taste, which are divisible into several distinct qualities: sweet, sour, bitter, salty, umami, and possibly fatty, play an important role for accepting or rejecting food and serve to protect us from ingesting harmful substances, but also cause the behavioral preferences to some types of foods. Taste sensations begin with the stimulation of taste receptor cells located in taste buds, small clusters of specialized epithelial cells on the tongue and in the oral cavity. Taste cells release transmitters during gustatory stimulation to stimulate primary afferent sensory fibers that carry the gustatory information to the brain. We have identified several transmitters − including serotonin (5-HT), ATP, norepinephrine (NE), and gamma-aminobutyric acid (GABA) − that are secreted from taste bud cells and uncovered novel mechanisms for transmitter secretion.

In addition to transmitting gustatory responses to prototypic taste stimuli, taste transmitters may contribute to regulating the function of adjacent taste cells. It is now being recognized there is a significant degree of information processing in the taste buds during gustatory stimulation. We are learning that cell-to-cell communication between neighboring taste cells is a key event before signals are sent to the brain via primary sensory fibers. My lab studies functions of peripheral gustatory sensory organs -- taste buds, using sophisticated anatomical and physiological methods. We apply an innovated technique, including real-time functional calcium imaging with cellular biosensor cells, to detect the secretion of transmitters, and to examine signal processing in taste buds. We used transgenic mice expressing GFP in taste cells. This will allow us to identify specific types of taste cells, and to selectively test transmitter release from taste bud cells. For instance, we, using GAD67-GFP transgenic mice, identified GABA, which inhibits ATP secretion from adjacent Receptor (Type II) cells, secreted from Presynaptic (Type III) cells.

GABA immunostaining of an isolated taste bud from a GAD67-GFP mouse. Many GABA immunopositive taste cells express GFP (thick arrows), but some do not (thin arrows). This latter category may be Type I cells (adapted from PLoS ONE 6(10): e25471).

Sensory signals from the oral cavity are carried to the brain in chemosensory fibers that contribute to chemesthesis, the general chemical sensitivity of the skin and mucus membranes in the oronasal cavities and being perceived as pungency, irritation or heat. Taste perception alterations follow condition changes in the mouth, such as temperature. For instance, the pungency of foods and beverages is likely highly influenced by the temperature at which they are consumed, their acidity, and, for beverages, their carbonation. Furthermore, electrophysiology revealed that taste perception is enhanced as the temperature of food and beverage products increases. The mechanism why/how this occurs is not fully known. Intriguingly, despite the profusion of work identifying mechanisms of chemosensation, little information has been generated regarding irritant–taste interactions. By the use of the cellular biosensor strategy, we reported that calcitonin gene-related peptide (CGRP), which may be released from peripheral axon terminals, modulated taste-evoked ATP secretion from taste buds, which is a key transmitter for communication from taste buds to gustatory nerves. Indeed, unambiguously, our findings suggest that the complex interplay between taste cells and chemosensory neurons may play an important role during the processing of the complex stimuli involving both spicy and tasty components.

The characterization of local transmitters and their effects in the taste bud is essential not only for basic understanding of sensory afferent excitation but also for potential clinical applications. These include development of taste modifiers for potential use in management of obesity, compliance in taking medications (particularly in pediatrics), and pharmaceutical development in the context of diminished taste sensation or ageusia (lack of taste) related to age or disease chemotherapy. Indeed, taste perceptions are altered by medications that inadvertently also act on taste bud transmitters. For example, selective serotonin reuptake inhibitors such as, e.g., Prozac - a selective serotonin reuptake inhibitor (SSRI) antidepressant, have known taste side effects.  Additionally, our latest findings indicate that Imiquimod, an immune modulator approved for the treatment of basal cell carcinoma, cause abnormal transmitter secretion in taste buds, which may be the basis for taste disturbances that has long been observed in people taking these drugs but has never understood. Nevertheless, my lab plays a pioneering role in exploring the mechanisms of taste reception, and in providing the important information for sensory processing in human health and diseases.

Science News and Information:
A Taste of Science

Huang YA, Grant J, Roper SD (2012) Glutamate may be an efferent transmitter that elicits inhibition in mouse taste buds. PLoS ONE 7(1):e30662.