Mike Groesch is the TeleHealth and Video Services I.T Specialist.  Prior to working at SIUSOM he was a Field Engineer with Speednet\Keyon services where he managed a statewide wireless internet network. Michael has a B.S in Forestry from SIUC as well as B.S in Computer Science from UIS. He started working for SIUSOM in June of 2008 and earned the Employee of the Month Award in October 2016.

Ben Kirchhoff is a TeleHealth and Video Services Specialist at Southern Illinois University School of Medicine. Ben began working in A/V at WGEM in Quincy Illinois where he was involved with television operations, engineering and news production. Later Ben relocated to Springfield Illinois where he worked as a technical director for WICS before coming to work at SIUSOM.

Jim Pollock is a TeleHealth and Video Services Specialist at Southern Illinois University School of Medicine. He has been with the school since 2015, He attended UIS and studied Creative Writing and English Literature. He was formerly a writer for Illinois Issues Magazine and the Decatur Herald and Review Newspaper.

Ron Bowman, TeleHealth and Video Services Video Specialist, has worked with computers since programing a device meant threading in a tape punched with holes. As technology evolved to magnetic reel-to-reel tapes, cassettes, and hard drives, up through wireless technology, Ron’s expertise grew. Having worked with the U.S. Navy, Northrup, and Bank of America, he came to SIU School of Medicine in 1997 to work in Operations. He soon transitioned to video conferencing scheduling and technical work. Ron has enjoyed every step of his career in the world of technology, and helping all TeleHealth clients with their technological needs. 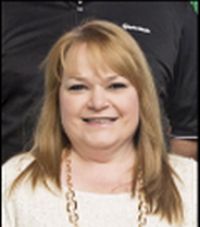 Susan Soliz is a TeleHealth and Video Services Administrative Assistant at Southern Illinois University School of Medicine in Springfield. Prior to working at SIU TeleHealth Networks and Programs, she worked for the school's Department of Psychiatry and Department of Internal Medicine. 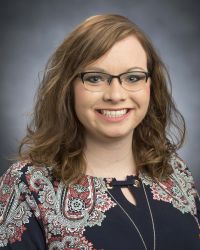 Lindsey began her technology field background by previously interning for WSEC/PBS. She also worked in television for Comcast Access 4, as a Co-Producer/ Director, before the business closed down in 2009.  Most recently her knowledge grew even further into the IT field with working for Calvary Academy/Church as an IT Support Specialist & Network Administrator Assistant before moving to SIU. She has achieved an A.A.S. in Computer Networking and soon to receive her B.S. in Information Systems, Emphasis in Network Management.