"Go forth and matter."

That was the final charge of Camara Phyllis Jones, MD, MPH, PhD, immediate past president of the American Public Health Association, to the SIU School of Medicine graduating class of 2017. As part of her directive, she gave them three tools with which to carry it out: the three C's. 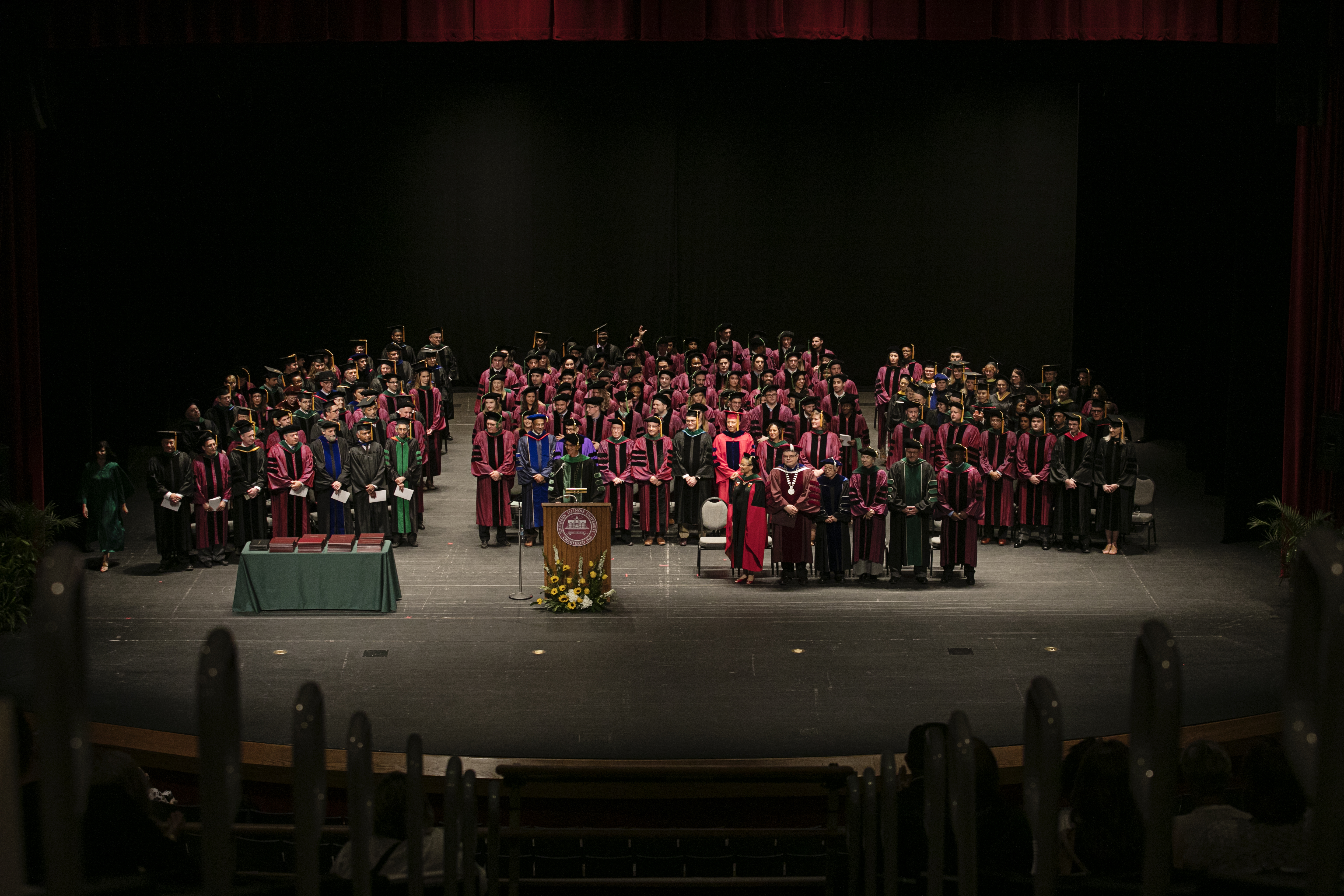 The 63 physicians and four graduate students conferred at the commencement event heard the impassioned and powerful words of Dr. Jones, as well as their class chair, Sean Murray, MD.

"I hope we all go on to emulate the way we learned to do things here at SIU," Dr. Murray said to his fellow classmates in his commencement address. "I hope you remember that a patient won't care how much you know unless they know how much you care."

Several honors were bestowed at commencement as well. Janet Albers, MD, class of 1987, received the 2017 Distinguished Alumni Award, which recognizes alumni for their outstanding contributions to medicine and distinguished service to humankind. Former SIU Medicine dean and provost J. Kevin Dorsey, MD, PhD, professor in the Department of Internal Medicine, will receive the Golden Apple Award for Excellence in Teaching. The Leonard Tow Humanism in Medicine Award, given annually to a student and a faculty member, was received by graduate Jordan Lange, MD, and Sabha Ganai, MD, PhD, director of gastrointestinal oncology at Simmons Cancer Institute and assistant professor in the Department of Surgery.

Congratulations to all graduates and honorees. Go forth and matter.

View more photos from the commencement at Zenfolio.