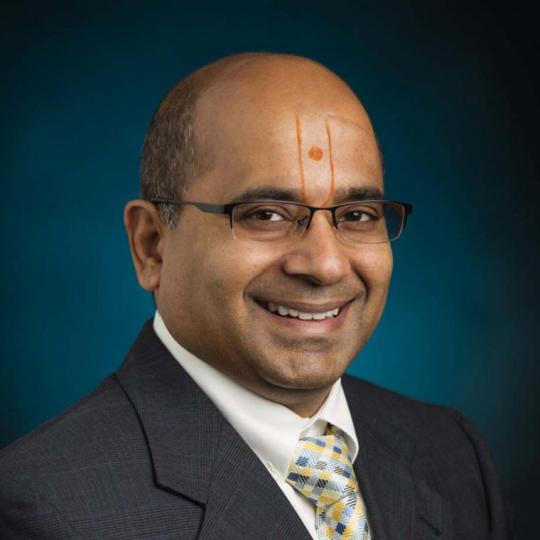 Dr. Dharmendra J. Nimavat is an associate professor of pediatrics at Southern Illinois University School of Medicine, specializing in neonatology. He is one of the new pediatric specialists recruited as part of St. John’s Children’s Hospital, a joint endeavor of SIU and St. John’s Hospital in Springfield. Nimavat came to SIU from Stony Brook University Hospital in Stony Brook, N.Y., where he completed a three-year fellowship in neonatal and perinatal medicine (2005). He previously completed his pediatrics residency at Brookdale University Medical Center in Brooklyn, N.Y. (2002). He completed postgraduate training in pediatrics at B.J. Medical College (BJMC) (1996) and earned his medical degree at BJMC Gujarat University in Ahmedabad, India (1992). He previously did clinical research in pediatric neurology at Rush Presbyterian Medical Center in Chicago (1998-99) and was a medical assistant in internal medicine at MacNeal Health Network in Berwyn, Ill. (1997-98). Nimavat is board certified by the American Board of Pediatrics and is a member of American Academy of Pediatrics and American Association of Physicians of Indian Origin. His research interests include quality improvement in healthcare settings, apnea and sleep positions in premature infants, perinatal electrolyte disturbances in low birth weight babies, and sepsis in newborns.