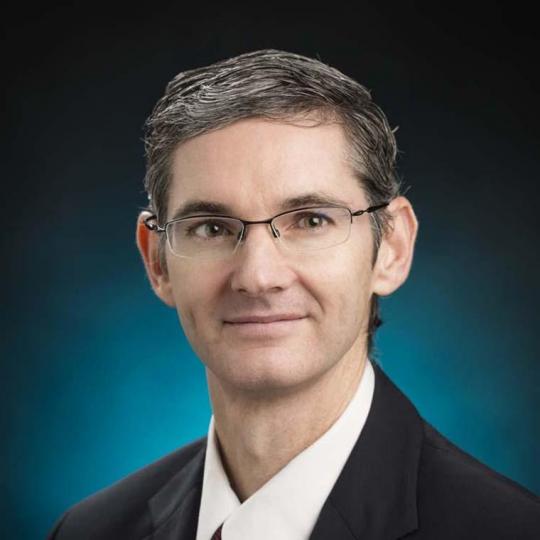 Dr. Jarrod Wall, Associate Professor of Surgery, specializes in trauma and critical care. He received both his undergraduate and doctorate degrees from the University of Queensland in Brisbane, Australia. He received his medical training from Trinity College in Dublin, Ireland. He completed his surgery residency at Mayo Clinic in Rochester, Minnesota, followed by a fellowship in surgical critical care at Vanderbilt University in Nashville, Tennessee.

Dr. Wall is a member of several medical societies, including the Society of Critical Care Medicine, the American Medical Association, and the American College of Surgeons. His research interests include the influence of obesity, inflammatory markers and their impact on outcomes for patients involved in trauma. In addition, he has achieved Instructor status for the Advanced Trauma Life Support course responsible for teaching and judging physicians skills in caring for critically injured patients.

May 8, 2015 – Jarrod Wall, MB, BCh, PhD, assistant professor of general surgery and a trauma surgeon at Southern Illinois University School of Medicine, received the Philip J. Wolfson Outstanding Teacher Award at the Association of Surgical Education annual meeting in April. The award is given annually to individuals who are actively involved in surgical education and who are considered by their chair, peers, residents and students to be outstanding teachers.

“Since joining SIU in 2008, Dr. Wall has made significant contributions to the education and mentoring of students, colleagues and fellows. He is truly an outstanding example of a teacher, mentor and friend,” said Michael W. Neumeister, MD, professor and chair of the Department of Surgery, the Elvin G. Zook endowed chair and one of Wall’s nominators.

Wall became the Department of Surgery Clerkship Director in 2010. In this capacity, he is responsible for overseeing the surgical experience of the third-year medical students as they rotate through general surgery and its subspecialties of colorectal, trauma and critical care, transplant surgery, surgical oncology, and cardiovascular surgery. He also oversees the surgical specialties of neurosurgery, orthopedic surgery, otolaryngology, plastic surgery and urology. He was named a State Faculty Member for Advanced Trauma Life Support (ATLS) and is a course director for both the adult and pediatric Fundamental Critical Care Support courses.

Wall has received teaching awards for excellence in both medical student and resident teaching during each of his six years as an SIU faculty member. This year he was chosen by the medical student class of 2015 to receive both the School of Medicine Golden Apple Award and the Leonard Tow Humanism in Medicine Award, making him the first member of the faculty to receive both awards in the same academic year.

Prior to joining SIU, Wall completed a fellowship in surgical critical care at Vanderbilt University in Nashville, Tenn. (2008). He completed a general surgery residency at Mayo Clinic in Rochester, Minn. (2007) and earned his medical degree at Trinity College of Dublin in Ireland (2002). He obtained both his undergraduate (1993) and doctorate degree (1997) from the University of Queensland in Brisbane, Australia (1997). Wall is a member of several organizations, including the Society of Critical Care Medicine, Association of Surgical Education and the American College of Surgeons.