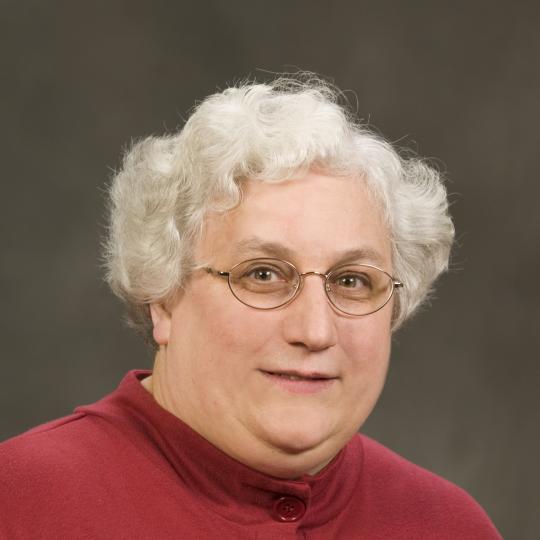 Dr. Arbogast is a Professor in the Department of Physiology at SIU School of Medicine.  Dr. Arbogast is a member of The Endocrine Society, Society for Neuroscience, American Association for Advancement of Science and Sigma Xi.  She has served as a regular member on the Neuroendocrinology, Neuroimmunolgy and Behavior study section at the National Institutes of Health as well as ad hoc on other National Institutes of Health study sections.   She has also reviewed grants for the National Science Foundation and the Health Research Council of New Zealand.

Research in the Arbogast lab is focused on reproductive neuroendocrinology.  Neurons in the hypothalamic region of the brain regulate hormone release from the anterior pituitary gland and anterior pituitary hormones act on peripheral target tissues.  In turn, hormones from the pituitary gland and peripheral target tissues, such as the ovary, feedback to regulate these hypothalamic neurons in neuroendocrine feedback loops.  The tightly regulated interactions among the hypothalamus, pituitary and ovary allow for reproductive competence.  The survival of the young in mammalian species is dependent on adequate nutrition being provided.  The best nutrition for a newborn infant is breast milk from the mother.  The hormone, prolactin, is essential for mammary gland development and milk production and its secretion from the pituitary gland is regulated by hypothalamic neurons.

One focus of the laboratory is the cellular and molecular mechanisms involved in the regulation of hypothalamic neuronal activity, particularly as related to feedback to the hypothalamus by prolactin from pituitary gland and steroid hormones, estradiol, progesterone and androgens from the ovary.  The effect of these hormones on hypothalamic neurons are evaluated both individually and interactively.  These studies involve evaluating the transcriptional and post-translational control of neuropeptides, regulatory enzymes in neurotransmitter biosynthesis, cell signaling pathways and receptors.   An integrative approach is used to identify roles of cell signaling and molecular mechanisms in normal physiologic or endocrine states.

J Endocrinol 204:209-219, 2010 Liu B, Arbogast LA. Gene expression of intracellular and membrane progesterone receptor isoforms in the mediobasal hypothalamus of rats during pro-oestrus.