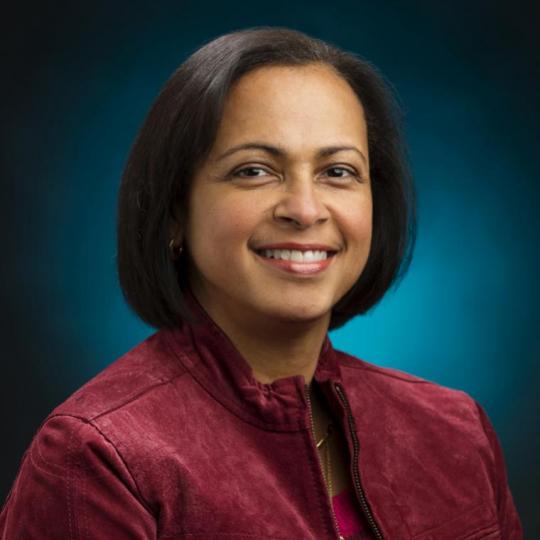 Dr. Magali Jean-Louis is an associate professor of pediatrics at Southern Illinois University School of Medicine, specializing in neonatology.  She is one of the pediatric specialists recruited as part of St. John’s Children’s Hospital (SJCH), which is a joint endeavor of SIU and St. John’s Hospital in Springfield.  Jean-Louis completed a three-year fellowship in neonatology at Robert Wood Johnson Medical School in New Brunswick, N.J. (2003).  She worked as a neonatologist at Illinois Masonic Medical Center in Chicago and Jersey Shore University Medical Center in Neptune, N.J. (2003-06).  She previously worked in private practice in her home country of Haiti (1992-97). Jean-Louis completed her pediatric residency at Columbia University College of Physicians and Surgeon/Harlem Hospital Center in New York (2000).  She earned her medical degree at Faculte de Medicine et de Pharmacie de L’Universite d’Etat d’Haiti in Port-au-Prince, Haiti (1992). She is board certified in pediatrics and neonatal-perinatal medicine and a member of American Academy of Pediatrics.  Her research interests include the effect of sleep position on heart rate variability. A native of Haiti, Jean-Louis is married to Philippe Jean-Louis and has two children.