Home » Marketing & Communications » 'I Hurt:' How opioid pain medicine went from a life-saver to a life-ending epidemic 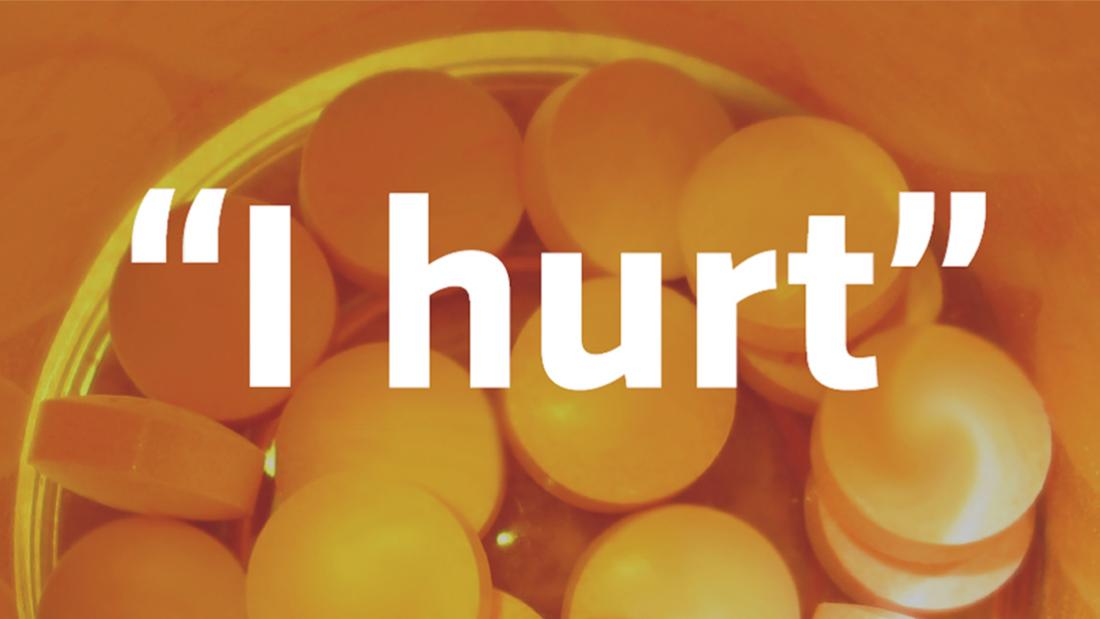 'I Hurt:' How opioid pain medicine went from a life-saver to a life-ending epidemic

The first time Jennifer Deiss ever took a Tylenol with codeine, also known as Tylenol 3, it was in 1983 when she was in her late twenties. Suffering from complications following surgery, doctors determined the now 62-year-old had arthritis that had been aggravated by bed rest. Her family doctor prescribed Tylenol 3 and a muscle relaxer. Today, with current CDC guidelines, that prescription would have an end date two to three weeks following surgery, no more.

For Jennifer, that end date wouldn’t arrive for 34 years.

While there is no easy answer, one of the clear symptoms of the opioid epidemic is the very symptom patients first reported to be prescribed opiates: pain.

In the late ‘90s, there was a national initiative to recognize pain as the fifth vital sign, along with the existing primary vital signs of body temperature, heart rate, respiratory rate and blood pressure. With that came a strong push of medications designed to not only treat pain, but to eliminate it.

“Certain pharmaceutical companies were really pushing these medications,” says Carlos Nolasco Morales, MD, assistant professor in the Department of Internal Medicine. “Whether that was driven by lack of clinical evidence or a desire to increase revenue, maybe it’s a combination of both. But the idea was painted as ‘it’s OK. You have pain, let me give you this.’ Doctors didn’t see immediate harm so we continued to prescribe.”

“In this move to eliminate pain for patients, we weren’t setting expectations about the experience of pain,” explains Stacy Sattovia, MD, associate professor in the Department of Internal Medicine. “Physicians were pretty liberal with giving medications for pain to bring their pain scores down. We thought that was the best care. The data now tells us that it probably wasn’t.”

Since 2000, there has been a 200-percent increase in drug overdose deaths involving opioids. It is estimated that 91 people die per day from opioid overdoses. Still, according to the CDC, nearly a quarter of a billion opioid pain prescriptions were written in 2013 alone, “enough for every American adult to have their own bottle of pills.”

In hindsight, it’s easy to see the picture forming from each dangerous piece of the puzzle. Patients had pain. Opiates were a quick way to make that pain go away.

“They have been people’s choice. They were easy and seemed to work,” Dr. Sattovia says. “But opiates don’t work well for chronic pain, and we’ve come to understand that over the past five to 10 years.”

With that understanding came the release of the CDC Guideline for Prescribing Opioids for Chronic Pain in 2016. Physicians now had new, more restrictive directives for prescribing opioids to patients, in an effort to prevent the now epidemic amount of overdoses and deaths.

The primary issue with opioid pain medications in long-term use is that patients develop a tolerance very quickly. For opioids to work to relieve pain, patients require higher doses closer together, increasing the risk of overdose. As dependency develops, withdrawal symptoms may be as severe as or worse than the pain the patient originally presented with.

“It’s a terrible situation to be in. Once you start experiencing withdrawal symptoms, it can quickly move beyond feeling uncomfortable to feeling catastrophic for the patients. Their pain is back and it’s worse than it was before. It feels intolerable,” Dr. Sattovia says. “In addition they have a lot of physiological side effects. Nausea, vomiting, headaches. You add that to existing stressors or poor coping mechanisms, it feels like something they can’t handle. So they take opioids, and it goes away. It’s a cycle.”

“Have I gone over the line?” 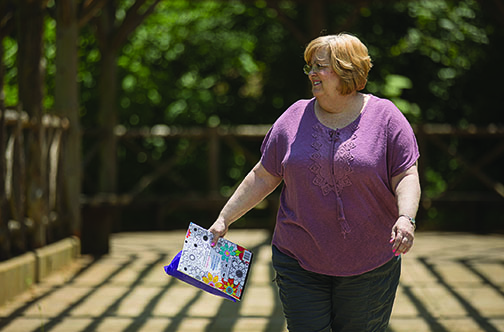 As patients are turned away by the same doctors who once easily doled out these pills, many have turned to heroin and other street drugs. Heroin use has increased across all age and income levels, and between 2002 and 2013, the rate of deaths from heroin overdose quadrupled.

Jennifer’s story didn’t take this turn. In fact, Jennifer, a former drug and alcohol counselor, didn’t even know she had become addicted.

“I never took more than what was prescribed,” she says. But over time, what she’d been prescribed wasn’t working as well. Over the years, she underwent more health issues—two knee replacements, a broken foot, a stroke—as well as personal events, such as divorce and the loss of her mother. Through it all, Tylenol 3 was part of her life. And as her tolerance to the medication changed, so had her relationship with it.

“I realized the medication didn’t just make me feel better physically. It made me feel better emotionally,” she says of what doctors refer to as the euphoria feeling opioids can cause. “It numbed me.”

While Jennifer never took more than what her physicians told her to, she admits to walking a fine line. “If it said take one or two every four to six hours, I was taking two every four hours.”

Despite her professional training in addiction counseling, it took Jennifer a long time to recognize her own addicted thinking. “I’d never done any drugs for recreation,” she says. “I’d never smoked, pot, anything.”

Eventually, doctors started questioning her desire for more pain medication. She was ashamed.

“I felt extremely guilty,” Jennifer says. “I wondered ‘are they right? Have I gone over the line?’”

She began identifying more with her patients and their experiences being accused by doctors and emergency room attendees of “scamming” to get medication. “I had to wonder what the difference was between me and them, if there was any at all.” Ultimately, her supervisors at work confronted her about her substance abuse. “I would look at care plans I’d written and be like ‘what?’” Jennifer says. “I had no idea what I’d written.”

The likely culprit behind Jennifer’s erratic behavior at work and visible signs of intoxication by her friends was her Xanax prescription she had along with the opioids and muscle relaxers. “Physicians should avoid prescribing opioid pain medications with benzodiazepines whenever possible,” Dr. Nolasco says, “because you can increase sedation and other side effects when used together.”

After moving from Peoria to Springfield to be closer to her daughter, she came to be under the care of Dr. Nolasco.

“Here was a doctor who wasn’t saying ‘you’re bad—you’re just scamming to get medicine’ and was willing to explain everything,” Jennifer says. “Dr. Nolasco is very informed about medications and their interactions and what they do to your body long-term. I don’t get upset about other doctors who’ve handled things in a different way, because the knowledge wasn’t there.”

With Dr. Nolasco, Jennifer was able to quit Tylenol 3. She admits it wasn’t physically challenging as her tolerance had increased to the point it was no longer working well. He prescribed Gabapentin, a medication used to treat epilepsy, neuropathic pain, bipolar disorder and a host of other conditions. According to Jennifer, it’s been life-changing. “I was amazed. I was absolutely amazed at how well it works.” She also uses adult coloring books, physical therapy and light exercise, including water aerobics. They’ve all helped in ways she thought only painkillers could in the past—but the most important change has been an understanding physician. “Finally, someone understands that I hurt,” she says of Dr. Nolasco. “If they have a little compassion, if they learned to talk to patients in a non-accusatory way, recognizing your pain and offering a better solution, that makes all the difference.”

Those lifestyle changes are actually more effective than medication. “Chronic neuropathic pain responds to anti-seizure medication. Physical therapy has been proven effective for lower back pain. And there’s yoga, massage, acupuncture. Those things may actually work better than medication,” Dr. Sattovia says. “But it’s so easy to just take a pill.”

Jennifer now understands that she may always have pain, but she can live with it. “I still have issues. I always will,” she says. “There’s no magic. But there are solutions.”

Hope on the horizon

Beyond alternative methods of pain management like physical therapy and anti-convulsants such as Gabapentin, researchers are working tirelessly to find new ways to combat chronic pain without the use of opioids.

Louis Premkumar, PhD, researcher and professor in pharmacology, has dedicated more than 20 years to studying transient receptor potential (TRP) channels, ion channels in cell membranes that mediate certain sensations to the brain, particularly TRP Vanilloid 1 (TRPV1). According to Dr. Premkumar, TRPV1 is involved in certain modalities of pain and is considered as a potential target for developing next generation analgesics. Potent TRPV1 antagonists have been developed and have been proven to be effective in several modalities of pain. “Unfortunately, it became apparent during clinical trials that TRPV1 antagonists induced hyperthermia, restricting their addition as a therapeutic armamentarium,” he says. Since 2000, his research has been funded by the National Institutes of Health to study TRPV1 and its uses in the treatment of chronic pain.

While opioid pain medication has become the subject of much discussion and debate since 2000, experts in the medical field want to ensure these medications aren’t wholly villainized.

“Opioids are great pain medications. Using them conscientiously is what we need to stress,” Dr. Nolasco says. “We shouldn’t say ‘you have chronic pain from cancer, but we’re going to take away these medicines that help you.’ In some settings, they’re needed. Opioids are essential therapies for the management of cancer-related pain, end-of-life care, postoperative and surgical pain, and severe acute pain. We just need to make sure we’re using it in the correct setting.”