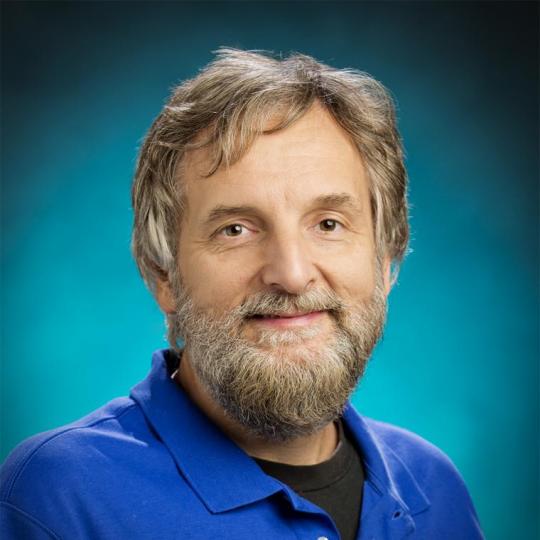 Most of my lab is dedicated to determining the role of CLCA2 in mammary epithelial differentiation, DNA damage response, and breast cancer progression. As a co-discoverer of the CLCA gene family, I identified numerous members of the CLCA family from bovine, mouse, and humans and showed that certain members of the family are stress-responsive inhibitors of cell proliferation that are downregulated with tumor progression. I corrected previously published structural predictions and showed that CLCA2 is a type I transmembrane protein whose ectodomain is cleaved and shed from the cell surface. My lab is probing the molecular and physiological functions of this protein in cultured cells and a mouse knockout model. To this end, we have identified interacting proteins that illuminate its role in differentiation and response to DNA damage in breast epithelium. These studies led to the key discovery that CLCA proteins regulate intracellular calcium signaling.

1. Discovery of a novel epithelial differentiation mechanism. The disruption of epithelial homeostasis by EMT is a critical step in the evolution of the metastatic cell. EMT is prevented by inhibitory signaling from cell-cell junctions. My lab has identified CLCA2 as a critical mediator of this signaling. We found that CLCA2 expression is tightly coupled to that of epithelial markers such as E-cadherin; that it is induced by epithelial differentiation and repressed during EMT, that it is downregulated in basal and mesenchymal cell types; and that knocking down CLCA2 is sufficient to evoke EMT. This was published in Oncogene. Then, to determine how CLCA2 promotes epithelial differentiation, we identified interactors by two-hybrid screening and found that CLCA2 interacts with a cell-cell adhesion molecule called EVA1 and junctional signaling molecules. This work has been submitted to Oncogene. We subsequently found that another CLCA family member, CLCA4, also plays an important role in epithelial differentiation, published in PLOS One. These studies have revealed new, potentially targetable tumor-suppressive signaling pathways in breast cancer and point to the need for more in-depth studies of the biochemical and physiological functions of this ancient protein family. During these studies, we also discovered a way of fractionating epithelial cells into epithelial and mesenchymal/stem-like populations by differential trypsinization and showed that CLCA2 was characteristic of the most epithelioid, trypsin-resistant fraction and absent from the stem-like fraction. I conceived of this work, attracted funding and personnel, and supervised its performance.

2. Discovery of a novel stress-sensitive growth-arrest pathway. In 2009, we showed in Cancer Research that human CLCA2 is highly induced by p53 in response to DNA damage and other stresses, and that ectopic expression caused G1 arrest in normal cells but apoptosis or senescence-like phenotype in cancer cells. Knockdown rendered cells more sensitive to doxorubicin. Thus, it is a p53-inducible inhibitor of proliferation. These results have since been replicated by others, who have extended the observations to prostate cancer, osteosarcoma, melanoma, etc. This line of inquiry was inspired by my earlier discovery that murine Clca2 is induced during the involutionary, apoptotic phase of lactation. I found that the gene was induced by serum starvation and detachment and that tumor cells downregulated its expression by disrupting its splicing, while ectopic expression caused senescence. We later discovered that the true ortholog of hCLCA2, mClca5, was induced by G1 arrest, starvation, and detachment in normal cells but not metastatic cell lines. Ectopic expression restored a cobblestone growth pattern to metastatic 4T1 cells. These studies laid the foundation for investigating human CLCA2 role in breast cancer as a possible tumor suppressor and suggest re-establishing or mimicking CLCA function as a novel therapeutic avenue.

3. Discovery of the CLCA gene family, cloning and characterization of bovine, murine, and human family members. Starting with a peptide sequence from an immunopurified protein from bovine endothelial cells, I designed degenerate PCR primers to amplify and clone the founding member of this gene family, identifying several splice forms and unraveling the structure of the mature transcripts. I then used protein sequencing and DNA sequence to determine that bCLCA2 was a cleaved protein and mapped the site. These studies provided the template for discovery and modeling of the new protein family. I subsequently used similar methods to identify 4 murine homologs, mClca1, 2, 4, and 5, of what turned out to be 8 total. I later designed the strategy for cloning human homologs, hCLCA1, 2, 3, performed by a graduate student. hCLCA4 was identified by another lab. I contributed the following sequences to GenBank: bCLCA2 splice forms (originally LuECAM-1) AF001261, AF001261, AF001263, AF001264; mClca1, NM009899; mClca2, NM030601; mCLCA4, AY008277; Clca5, AY161007; hClca1, AF039400. Later, I used biochemical methods to establish hCLCA2 as a Type 1 transmembrane protein with only a single pass, correcting the previously published multipass model. This work was foundational for the CLCA field. A current manuscript will resolve the confusion over the previous designation of these proteins as channels.

4. Earlier career: My graduate work centered on E. coli RNA1, the first example of a short interfering RNA. I characterized mutants that destabilized interaction with the primer of plasmid DNA replication. During my postdoc with Bik Tye, I studied MCM1, a transcription factor and regulator of MCM helicases that act at eukaryotic DNA replication origins. I helped sequence the gene(see GenBank X14187)and constructed Mcm1 mutants that evidenced its role in regulating mating-type genes and DNA replication. These studies helped establish Mcm1 as a master regulator of mating and cell division. In the course of that work, I discovered that Mcm1 is the yeast homolog of the mitogenic Serum Response Factor, a regulator of mammalian cell division and was inspired to pursue a career in cancer research. I also developed a widely used method for transfection of yeasts during this period.