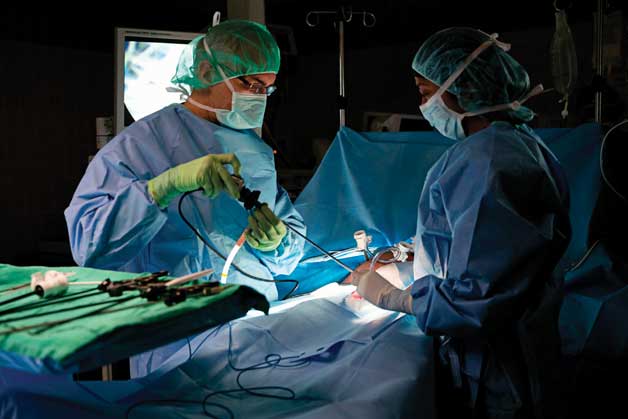 y, confidently performs a laparoscopic cholecystectomy, Dr. John Mellinger stands on the opposite side of the table and says very little. His quiet oversight is affirmation that he has taught Dr. Advani well. John Mellinger, MD, is SIU chair of the Division of General Surgery and professor of general and endoscopic surgery. He also holds the J. Ronald Folse, MD Endowed Chair in Surgery.

Good teachers often stick in students’ minds not because of what they teach, but how they teach. Dr. Mellinger’s students do not confuse Dr. Mellinger’s quiet confidence with apathy or indifference. In surgery, clinic or skills lab, his focus never wavers from the students or his patients. Hands folded at his middle, he watches. When the timing is right, he instructs with calm compassion. "Dr. Mellinger is very calm and collected because he knows that he can get us out of whatever situation we’re in," Advani says. "His demeanor keeps those he’s teaching calm too, which is really important for fostering a non-threatening learning environment in the operating room."

A good teacher also knows when to let another take the reins. "I enjoy watching our residents take the lead in teaching our medical students" Dr. Mellinger says. "Our residents are often the best teachers because they are closer to the student’s world and understand their educational needs. To teach well, you must be able to deconstruct what you’re teaching into terms and actions appropriate to the learner’s level of knowledge and experience. This requires that you have developed that discipline, or are close enough yourself to the experience that you remember how you learned."

Many across the nation have raised their voices in praise of Dr. Mellinger’s gift at teaching. Since his residency, he has since received 19 teaching awards from programs across the United States, some of them multiple years in a row. His most recent award, the Golden Apple Award for outstanding teaching, came from SIU School of Medicine’s graduating class of 2012. "He enjoys teaching so much that I think he’d do it all day every day if he could," says general surgery resident Nick Mouw, MD. "He seizes every moment that he can."

His enthusiasm is contagious and he praises when praise is due. "When someone answers a question correctly or takes the next step without being encouraged to do so, Dr. Mellinger gets really excited about it," Mouw says. "He’ll say, ‘Oh, doctor!’ because they’ve done such a great job."

A calling to serve

Students often enter medical school with an enthusiasm for helping others, and Dr. Mellinger’s was ingrained in his youth. A family man and devout Christian, Dr. Mellinger is very thankful for his upbringing and believes that those who were around him in his formative years shaped the man he is today. The son of a minister, he learned early on the importance of relationships and faith in God. "My family gave me a very clear picture of what it was like to live your life to serve others and to let your life be used for the good of others," Dr. Mellinger says. "That had a pretty deep influence on me."

"The best products come out when there is a genuine foundation of service and concern for someone else," Dr. Mellinger says. "If I’m in a teaching or leadership moment, I need to focus on what’s in the other’s best interest, not what serves me well. When I teach or lead well, those are the motives that allow me to do so." 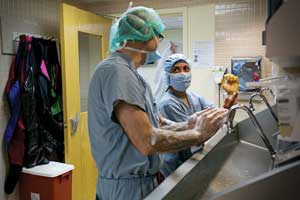 The soft-spoken, humble teacher and physician has shown his students that serving the patients’ needs first makes a better physician. "Dr. Mellinger always lets the patients adequately voice their concerns; spending an hour with a patient isn’t unusual," Mouw says. "I would choose him for my wife’s doctor because he’s willing to take the time to listen and explain what’s happening next."

The loss of his mother in childhood and the more recent loss of his father has helped to make compassion the forefront of his philosophy of care. "Loss is something I know, and I can share in the grief with my patients," Dr. Mellinger says. "But I can also encourage them with the hope that their loved one’s influence wasn’t lost and can even be amplified as their memory is cherished."

These qualities, like his teaching, have earned him two Leonard Tow Humanism in Medicine Awards, in 2005 from The Medical College of Georgia and in 2013 from SIU. The award acknowledges his compassion and respect for patients and families, and clinical excellence. The award is sponsored by the Arnold P. Gold Foundation. A nominating student said, "He is an excellent role model of the kind of physician I want to be. He is genuinely a good man who shows true concern for everyone whom he comes into contact with...He is extremely respectful in all aspects of patient care and truly wants to work with patients to decide what would be the best process for them."

Dr. Mellinger joined SIU in 2010, and SIU’s mission has him hooked. "SIU does the best of any school that I’ve been at in encouraging a holistic approach to everything we do, from the way we pick the students to the emphasis on education as a vested value. We teach the science of medicine, but not just the science of medicine. Our patient care and educational efforts aim to address the whole person," he says.

The making of a surgeon

As an enthusiastic first-year medical student, Dr. Mellinger entered Case Western Reserve University School of Medicine thinking he would become a full-time medical missionary. By his third year, his interests leaned toward general surgery. "I found that the people around me were the bes 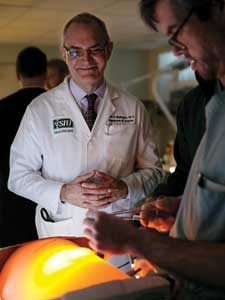 t reference point for things I like and dislike," Dr. Mellinger says. "Elaine, my then-girlfriend, now wife, commented that I seemed to work really hard in the surgery rotation, but also that I seemed really happy when I came home, even after working extremely long hours."

Dr. Mellinger’s experience and collection of awards go beyond his teaching and compassionate patient care. He holds an impressive list of academic awards and publications. His fellowship in surgical endoscopy at Mt. Sinai Medical Center in Cleveland, Ohio, exposed him to laparoscopic cholecystectomy just as that technique was being developed, and to endoscopic retrograde cholangiopancreatography (ERCP), which have become his favorite surgery and endoscopic procedure, respectively. For the next four years he served in the US Air Force at Wright-Patterson, USAF Medical Center teaching his colleagues this at that time new technique for removing the gall bladder, and for removing gallstones from the bile duct.

A self-proclaimed workaholic, Dr. Mellinger admits that most people who enter the field of medicine share this trait with him. "It can make us pretty difficult people to be around sometimes," he jokes. "The hard part is wanting to have a standard of excellence, knowing that you’re serving people well, but the people who can sustain doing it for years don’t abandon all the things they need spiritually, emotionally, physically – that keep them creative and in balance. My wife is the one who helps me the most by being honest with me when she sees that I’m not in balance."

As a mentor, Dr. Mellinger tries to be that person for the residents and medical students when they need it. "I tell the students that their career is a marathon, not a sprint," Dr. Mellinger says. "Marathon runners have to pace themselves and keep a certain balance or they won’t finish the race." To keep his steady pace, Dr. Mellinger keeps certain disciplines, even when the race seems to pick up speed.

Beginning each day in the early morning hours with a cup of coffee and reading scripture helps him reflect, think and pray. "It’s often a very self-critical time as I allow the words I read to cross-examine my inner world," Dr. Mellinger admits. I think, ‘What am I not doing that I ought to be? What am I doing that I ought not to be? How can I do a better job serving the people around me?’ It’s probably the most fundamental discipline in my life. It’s the thing that most often brings me back when I start to get off course."

A good teacher recognizes that learning is a life-long process. Dr. Mellinger maintains relationships where instead of being the teacher, he embraces the role of being the student. "I try to learn to make use of and seek out people whose work I respect," Dr. Mellinger says. "I’m learning that living effectively is building on the foundation you’ve been given, by adding to it and adapting it to new things." 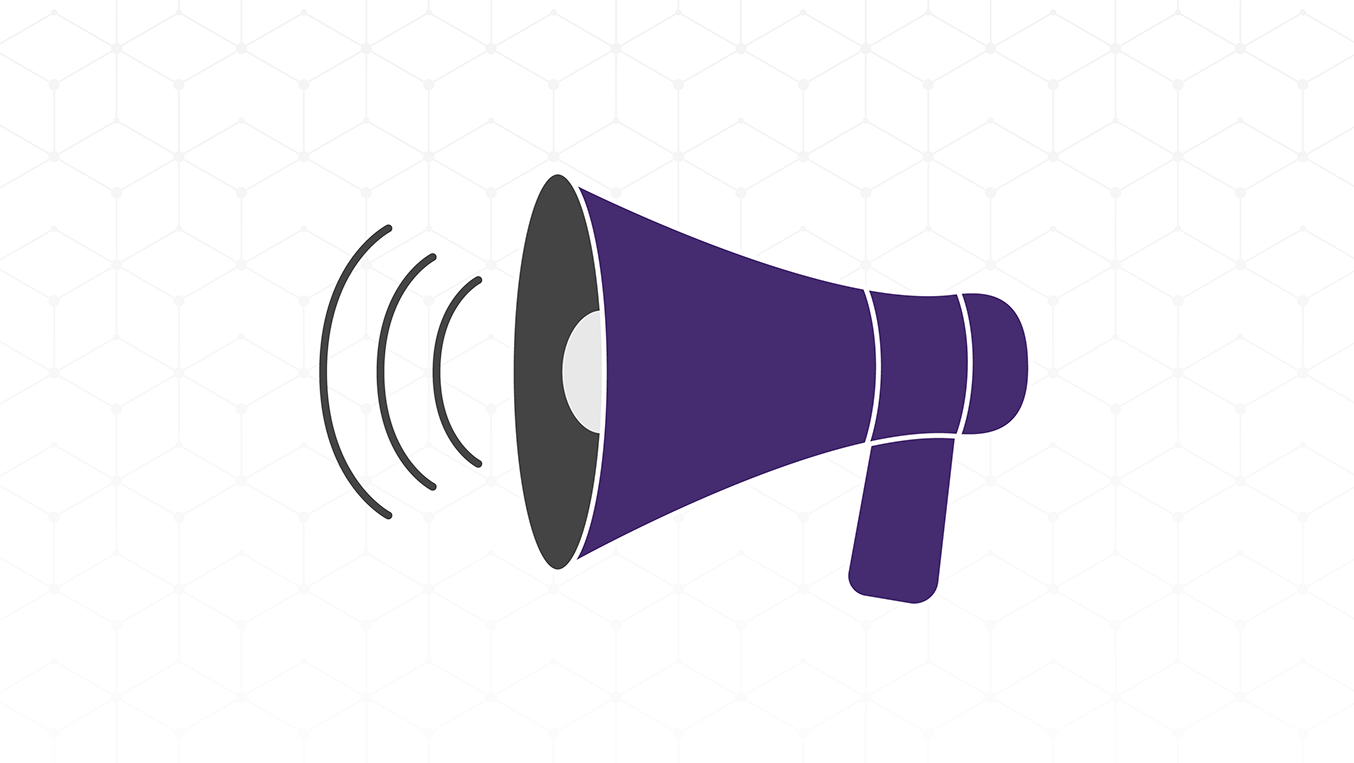 SPRINGFIELD, ILLINOIS, October 18, 2021 – Clinical depression affects more than 17 million people in the United States. Among those afflicted, 1 out of 3 has what is called treatment-resistant 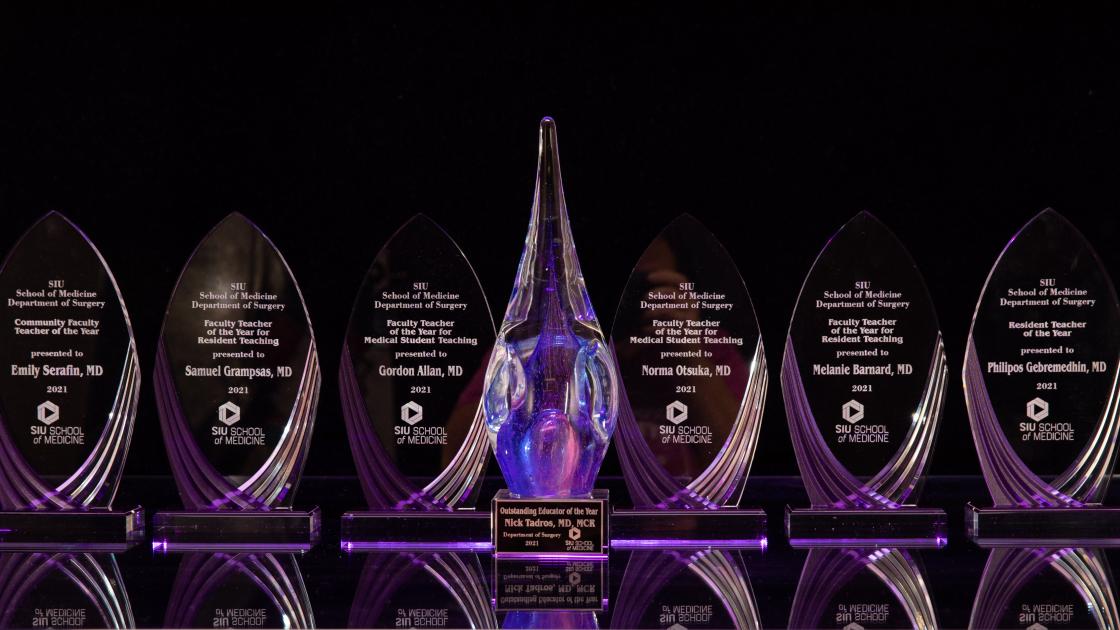 Medical students and residents have determined the recipients of the 2021 Department of Surgery Teaching Awards. Nick Tadros, MD, MCR, was named the "Outstanding Educator of the Year." Emily Serafin 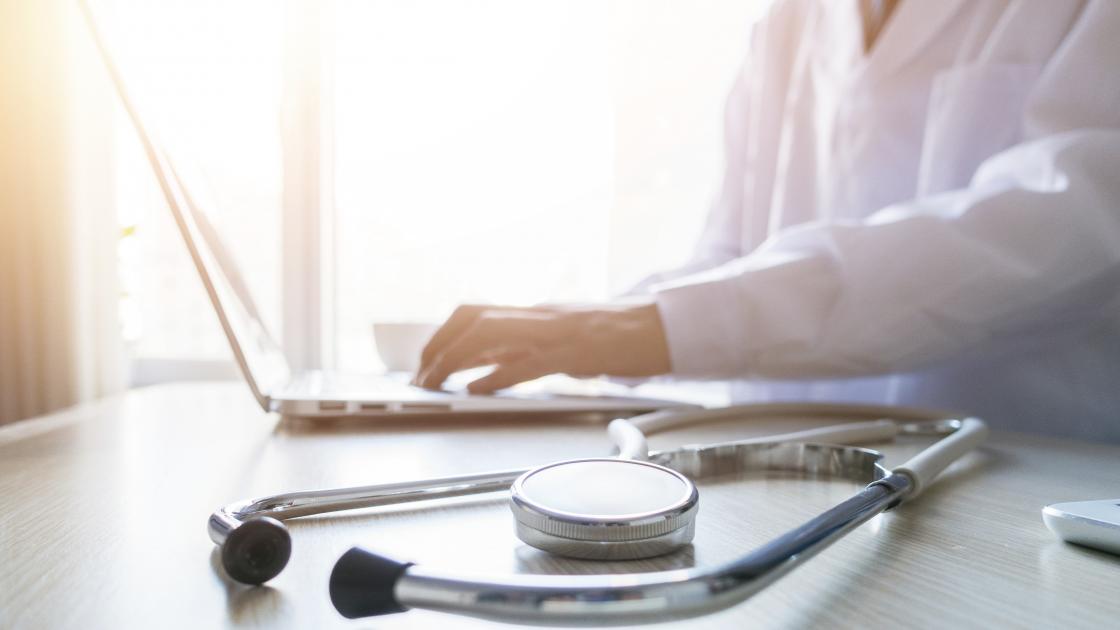 Report, Webinar Focuses on Impact of COVID-19 and the Rural Health Workforce

SPRINGFIELD, IL – A new report dissects the impact of COVID-19 on the rural health workforce and identifies methods the state can utilize current health workers more efficiently while committing to