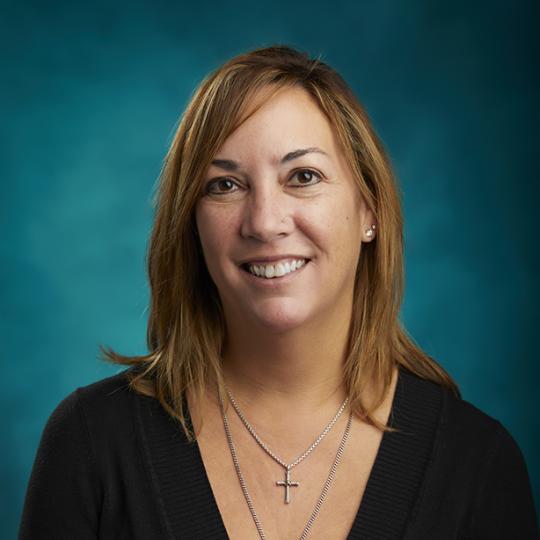 Dr. Susan Olivo-Marston is currently an Associate Professor in the Department of Medical Microbiology, Immunology and Cell Biology at SIU School of Medicine as well as the Director of Cancer Epidemiology at Simmons Cancer Institute.  She was previously an Associate Professor in the Division of Epidemiology in the College of Public Health at The Ohio State University and a member of the Ohio State University Comprehensive Cancer Center Cancer Control Program.  Prior to that, she was a postdoctoral fellow in the National Cancer Institute’s Cancer Prevention Fellowship Program during which time she earned a Master of Public Health concentrating in Epidemiology and Biostatistics at the Johns Hopkins Bloomberg School of Public Health in 2005.  Dr. Olivo-Marston also earned a PhD in Tumor Biology from Georgetown University in 2004 and a Master of Science in Cancer Biology from the University of Texas MD Anderson Cancer Center in 2001.

Dr. Olivo-Marston uses both animal models of cancer and epidemiologic studies to examine how childhood exposures affect adult cancer risk.  In particular, she has focused on lifestyle exposures including diet, obesity, and secondhand smoke.  Currently, Dr. Olivo-Marston is conducting epidemiological studies among Ohio firefighters to assess the impact of occupational exposures on cancer biomarkers and risk.

Dr. Olivo-Marston has experience teaching at both the undergraduate and graduate level.  She has developed and taught an introductory epidemiology and nutritional epidemiology course for graduate students.  She also taught an introduction to global public health for undergraduate students that satisfied a general education requirement as well as developed a taught an undergraduate research in public health seminar.  She was very involved in student mentoring, having served as advisor to 4 PhD students, over 20 MPH students, and 7 undergraduate students as well as serving as a committee member for many other students.  She is also active in service having served as the Co-Director of the undergraduate Public Health Honors Program at Ohio State for 4 years and a faculty advisor for 3 different student organizations, as well as serving on other university committees.

In her personal time, Dr. Olivo-Marston enjoys spending time with her 5 children volunteering in their schools and church, as well as attending their sporting events.

The Ohio State University Center for Advanced Functional Foods Research and Entrepreneurship-Molecular Carcinogenesis and Chemoprevention Diet, Nutrition and Cancer Research Awards, "The effects of caloric-restriction and obesity on the initiation and promotion of colon carcinogenesis in an azoxymethane-induced murine model"; Principal Investigator, 2013

The National Institutes of Health Minority Research Supplement, "The effect of nonsteroidal anti-inflammatory drugs on aberrant crypt foci and cyclooxygenase expression in the colon"; Principal Investigator, 1997-2000