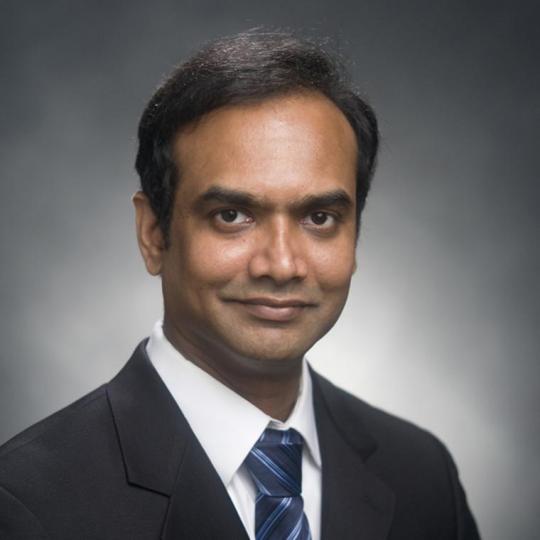 Dr. Venkata Sasidhar Majjiga is an assistant professor of pediatrics at Southern Illinois University School of Medicine, specializing in neonatology.  He also is a member of SIU HealthCare, the medical school’s practice group, as well as a member of St. John’s Children’s Hospital, a joint endeavor of SIU and St. John’s Hospital in Springfield. Majjiga completed a three-year fellowship in neonatal-perinatal medicine at New York Medical College-Westchester Medical Center in Valhalla, N.Y. (2011).  He completed his pediatrics and neonatology residency at Brookdale University Hospital and Medical Center in Brooklyn (2008).  Previously he served at Dewsbury and District Hospital and Pinderfields General Hospital in the U.K. (2004-05). He passed his Royal College of Pediatrics and Child Heath membership exams in the U.K. in 2003 and earned his medical degree (M.B.B.S.) from Gandhi Medical College in India (1996). Majjiga is board certified in pediatrics by the American Board of Pediatrics and is board eligible in neontology.  He is a member of the American Academy of Pediatrics. He is married to Sirimala Reddy Majjiga and has three children.