Editor's note: In February 2018, SIU Medicine had a representative at the Winter Olympics in PyeongChang, South Korea. Dae Hyoun (David) Jeong, MD, director of sports medicine and geriatric musculoskeletal medicine at SIU Center for Family and Community Medicine in Springfield, achieved a monumental personal goal: He served as an Olympic physician.

Like the athletes, Dr. Jeong had put in years of preparation and training to participate in the Olympic Games, which were hosted in his home country. Dr. Jeong’s qualifications led to him being entrusted with an even greater responsibility: serving as Venue Medical Officer at the Olympic Sliding Center, home of the luge, skeleton and bobsled events. He would direct the venue’s medical team and provide world-class care for Olympians from around the globe.

Here in his own words is the story of his path to—and through—the Olympics.

After I graduated from Chonnam National University Medical College in 2009, I practiced in geriatrics for a year, then traveled around the United States for several months to gain clinical experience in family medicine and prepare for residency interviews, trying to get a good program to support my dream. In September 2010, during my clinical observership at SIU Family and Community Medicine in Springfield, Dr. Janet Albers, chair of family medicine, offered me an interview. She convinced me that SIU would be a good fit, introducing me to Dr.  James “JD” Daniels, the sports medicine fellowship director at SIU FCM Quincy.

I believe coming to SIU was one of the best decisions I’ve ever made, because I was able to get the full support and great mentoring experience from Drs. Albers and Daniels. With JD’s guidance, I was soon working as a collegiate team physician, at the Chicago Marathon and Triathlon, in sports medicine and orthopedic outpatient clinics, and gaining Division 1 level experience at the University of Missouri Columbia.

After completing my sports medicine fellowship, I decided to pursue a geriatric fellowship to broaden my knowledge in geriatric musculoskeletal medicine. At that time, I also discovered that the International Olympic Committee (IOC) Medical Commission was offering a very competitive two-year program in sports medicine post-graduate diploma via distance-learning. I was accepted into the program before I finished my sports medicine fellowship and learned Olympic sports medicine through the online courses as well as an intense workshop program at University of Calgary Sports Injury Prevention Research Centre (one of the IOC research centers) directed by Dr. Willem Meeuwisse, medical director of the National Hockey League.

In 2015, I heard that the Korean Olympic Committee was recruiting physicians for the 2018 Winter Olympics. I tracked down contact information for one of the leading orthopedic surgeons in Korea who was an executive member of the Korean Olympic Committee. After a brief interview and review of my CV, he arranged for me to meet the coordination director and the chief medical officer for the Olympics.

The expectations for an Olympic physician are very high. One needs experience in international sporting events and competency in primary care, sports medicine and emergency care. The Olympic physician also needs to be familiar with the IOC and International Federation’s medical rules, show good communication, coordination and leadership skills to ensure seamless operation of the medical service and have a coping plan for any unexpected or emergency situations.

I felt fairly confident. First, there are very few Korean doctors who have had formal sports medicine fellowship training in the US, with sufficient experience in sporting events and the solid knowledge basis and skill sets required. Second, I can communicate clearly with the officials, athletes and the team associates in both written and spoken English as well as my native Korean. In addition, I was the first Korean sports medicine doctor enrolled in the IOC diploma in sports medicine program. Plus, I was trained and certified in musculoskeletal ultrasound during my fellowship and was accepted to the emergency ultrasound sabbatical fellowship program at UC Irvine, which is usually offered to emergency medicine doctors only. The interviewers were very impressed with my CV and told me I was ideal for the Olympics. I was accepted.

In the lead-up to the Olympic Games, I had opportunities to help raise my leadership and management skills to the IOC standard, working at a pair of international events: the 2017 U18 & Women’s World Ice Hockey Championships (an Olympic test event) and the 2017 World Taekwondo Championships.

Finally, in the early morning hours of February 5, I flew in to the Seoul/Incheon International Airport and arrived at the venue at 9 a.m.  I was carrying two large, fully packed suitcases, a shoulder bag and a backpack. Moving from plane to train to bus, I had to load and unload repeatedly. At the uniform center I received more gear: my winter-wear uniform components. From there I had a 300 ft. walk to the check-in center. The walk took 15 minutes because the rough, frozen surface of the pedestrian walkway made my luggage wheels useless. I had to literally kick my suitcases forward with each step.

After checking my luggage at the sliding center, I climbed a long, winding course up the mountainside. The Alpensia Sliding Center covers 44 acres and ranges in altitude from 940 meters above sea level at the top of the track down to 800 meters at the finish line. I passed through a security checkpoint, then climbed five more minutes to the entry area where a spectator medical room, the main rescue office and a souvenir shop are located. Climbing 15 more minutes, I reached the finish house and entered the athlete medical room. I participated in a medical rehearsal and practice with the venue team right away. Then I walked for 20 more minutes to reach the start house where athletes begin their runs atop the mountain.

I walked more than 20,000 steps that first day and would average 16,000 steps each day of the games. A 14-hour workday was typical, and it took almost four hours to commute from Wonju, where I stayed, to the Olympic venue. The athletes were housed near the sliding center while operational staff were scattered in lodging around the county.

The Olympic Sliding Center hosted the events with the highest risk—the bobsled, skeleton and luge. (At the 2010 Calgary Olympics, an athlete from Georgia was killed during a training run before the games began.) The unexpected can happen at any time, so we did our best to prepare our medical teams and familiarize them to all the safety protocols during a week-long practice period.

Three days before the Olympic Games, we got a call to expect an inspection visit from the IOC medical commissioner, Dr. David Zideman, an anesthesiology trauma specialist from the UK. I heard from Dr. Schneider (Germany) and Dr. Bryne (USA), the co-medical chairs of the International Bobsled and Skeleton Federation, that Dr. Zideman can be a very particular official if there is anything out of order at his venues.

The next day, our medical team welcomed the inspection team to the Olympic Sliding Center. Dr. Zideman thoroughly checked everything and appeared satisfied. Near the conclusion of the inspection, I told him that I had read his textbook, The IOC Manual of Emergency Sports Medicine, in the month prior to the Olympics, and I showed him the Kindle edition on my phone. He asked who would be doing the concussion evaluation on athletes when a crash occurs. I told him that I am a primary care sports medicine doctor in the US as well as an IOC Sports Physician with diploma, so I would be taking care of any athletes with concussions. He seemed reassured.

In all the excitement of the Games, there were some small problems. The transportation system was pretty bad around the Olympic venue and, as might be expected in early February, it was very cold and windy. There was a lot of standing around, waiting for trams and buses. Some nights I slept on a cot at the venue to save time and catch up on my rest.

We had many athletes, team associates, staff and spectators with minor injuries and illnesses. Team doctors id not have a Korean medical license brought their athletes to the venue medical room if they needed more than simple first aid. We were well-prepared for any types of injuries and made Olympians and team doctors very happy. Fortunately, there were no serious or tragic injuries during the games, so we did not need to call a helicopter for emergent air transportation during the Olympics.

Midway through the games I got an infection under my left eye and had to see an eye doctor at the Olympic athletes’ Village Polyclinic. Initially, I was refused treatment; they said clinic care was just for the athletes and team associates, not for volunteers. I called the Polyclinic manager and explained that our entire medical team wouldn’t function as well without me if my condition worsened. The manager discussed it with his colleagues and decided to let me in. An ambulance brought me to the clinic, an ophthalmologist examined me and I received five different kinds of medicine, which eventually helped.

I heard there was a lot of fun at the Olympic Plaza but my schedule was usually full. On a rare night off I had a top-quality Korean barbecue dinner with our medical teams and we watched the female curling semi-final together to support Team Korea.

At the end of the Olympics I was able to spend a half-day with my family in Seoul, which is equidistant between my hometown and the Olympic venue in PyeongChang. I also attended a post-Games cocktail party hosted by the IOC medical commission at the Olympic Club House in Olympic Park, where I met members of the IOC medical commission, executive medical officers and the other venues’ medical officers. Many people told me that I’d worked at the toughest venue but we had done very well.

Reflecting on this once-in-a-lifetime experience, I would like to express my thanks and gratitude to all my family, friends and the people at SIU Medicine who have supported me, allowing me to become a part of the 2018 PyeongChang Winter Olympics and help make my dream come true.

Do farmers have an increased risk of cardiovascular disease?

Cardiovascular disease is a group of health conditions affecting the heart and blood vessels. According to the U.S. Centers for Disease Control and Prevention (CDC), about 1 in 3 deaths that happen in 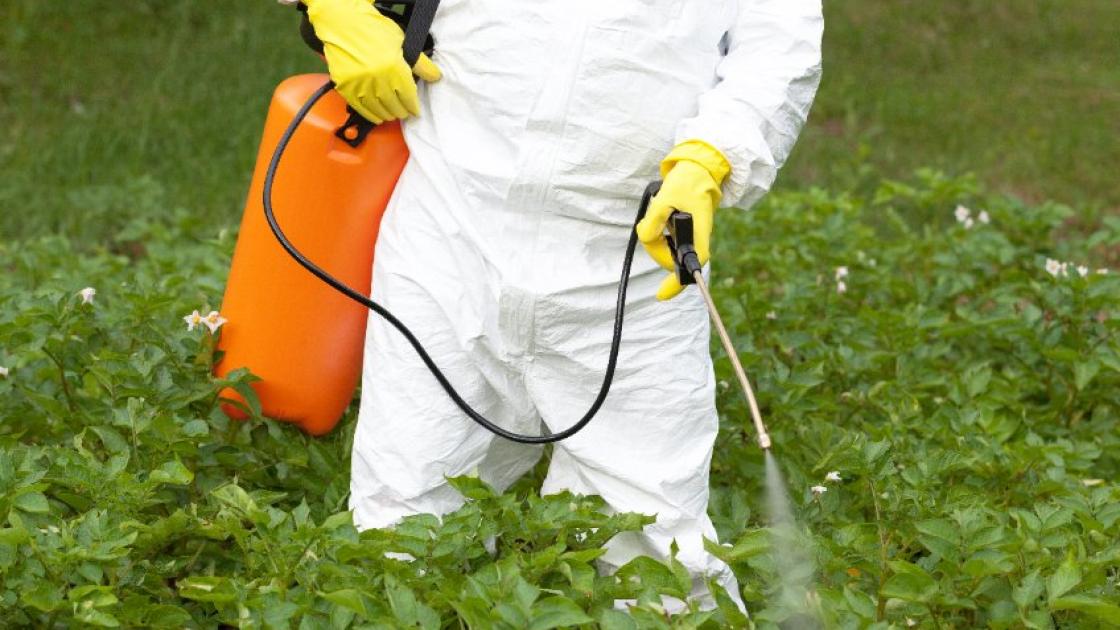 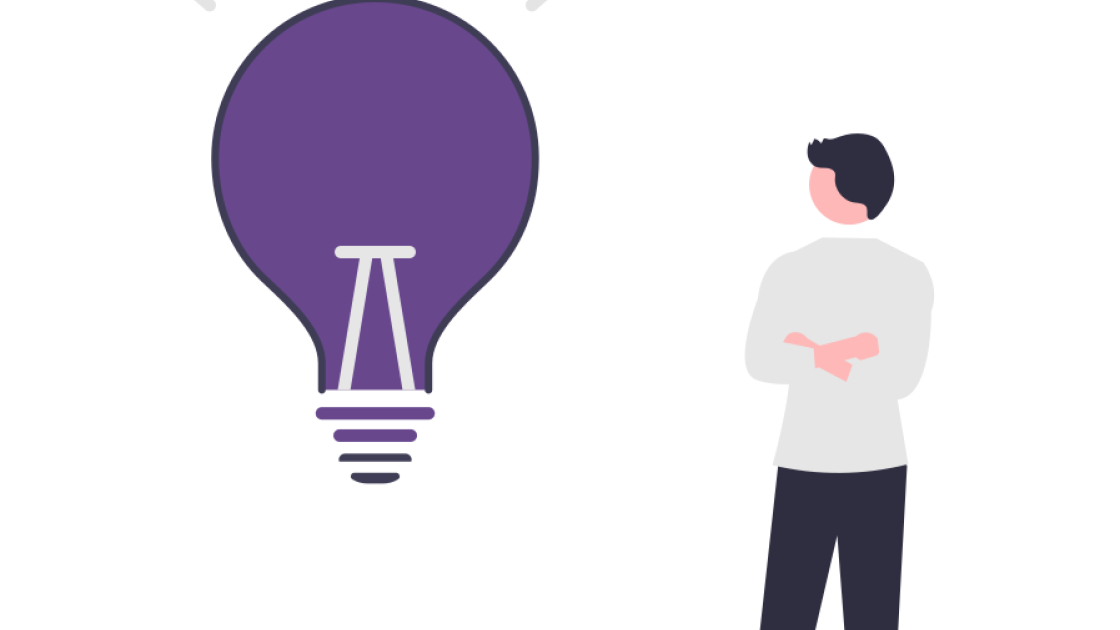 Ask a Caregiver: Joining a support group makes a difference

Mel Kuntemeier is a caregiver and current volunteer at the Smith Alzheimer’s Center’s Beyond the Medical Center programs. If you would like to submit a question for the next column, please email care@siumed.edu.