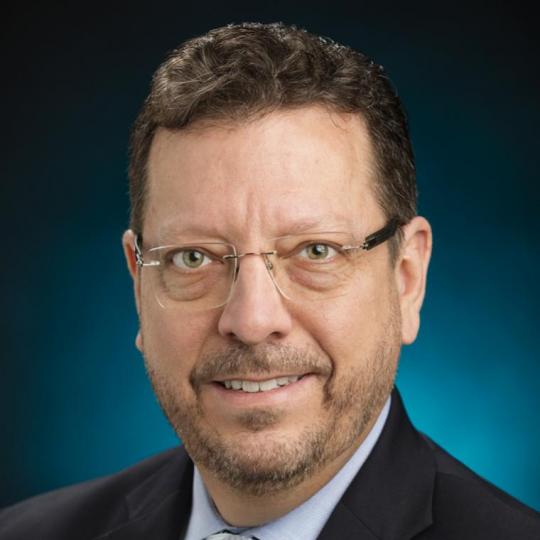 J. Ricardo Loret de Mola, MD, serves as Professor and Chair of the Department of Obstetrics and Gynecology at Southern Illinois University School of Medicine SIU, Medical Director of HSHS St. John’s Hospital Women’s Health Programs in Springfield, Illinois. Dr. Loret de Mola’s clinical and research interests are in the care of couples with infertility, and women with endometriosis. His medical practice is focused on the care of couples who are not able to have children, as well as complex surgical disorders that require advanced minimally invasive gynecologic procedures and robotic surgery. Given his clinical interests, he founded the SIU Fertility and IVF Center, where he serves as its Medical Director, and established a highly successful fertility program with outstanding pregnancy rates.

He came to SIU from MacDonald Women’s Hospital of Case Western Reserve University (CWRU) in Cleveland, Ohio, where he served as Chief of the Reproductive Endocrinology and Infertility division (2000-07).  He also was medical director of the MacDonald Fertility and IVF Center and its laboratories.  He previously served on CWRU’s faculty as Assistant Director of its Obstetrics and Gynecology residency program (1996-99). Previously, Dr. Loret de Mola was the director of the oocyte donor program at the University of Texas Health Sciences Center at San Antonio (UTHSCSA) (1999-2000). Dr. Loret de Mola completed a two-year fellowship in Reproductive Endocrinology and Infertility at the University of Pennsylvania (1994-1996), residency in Obstetrics and Gynecology at CWRU (1990-1994) and Internship in Internal Medicine at Temple University/St. Luke’s Program (1989-1990). He earned medical degree at the Monterrey Institute of Technology (1988). Dr. Loret de Mola also completed a two-year fellowship at the Association of American Medical College’s Agency for Health Care Research and Quality (2002) and a two-year research fellowship in pharmacology at CWRU as a scholar of the American Association of Obstetricians and Gynecologists Foundation (1998).

Endometriosis and the Microbiome

PURPOSE: Endometriosis is an inflammatory disorder in which the tissue that lines the inside of the uterus (the endometrium) spreads to the pelvic and peritoneal cavities outside of the uterus. This is a biological sample collection study examining how bacteria located within the vagina, the urogenital tract and the gastrointestinal tract may affect the development of endometriosis. Investigators are also exploring how an individual’s microbiome affects their estrogen metabolism and inflammation.