Dale and Deborah Smith Center for Alzheimer's Research and Treatment 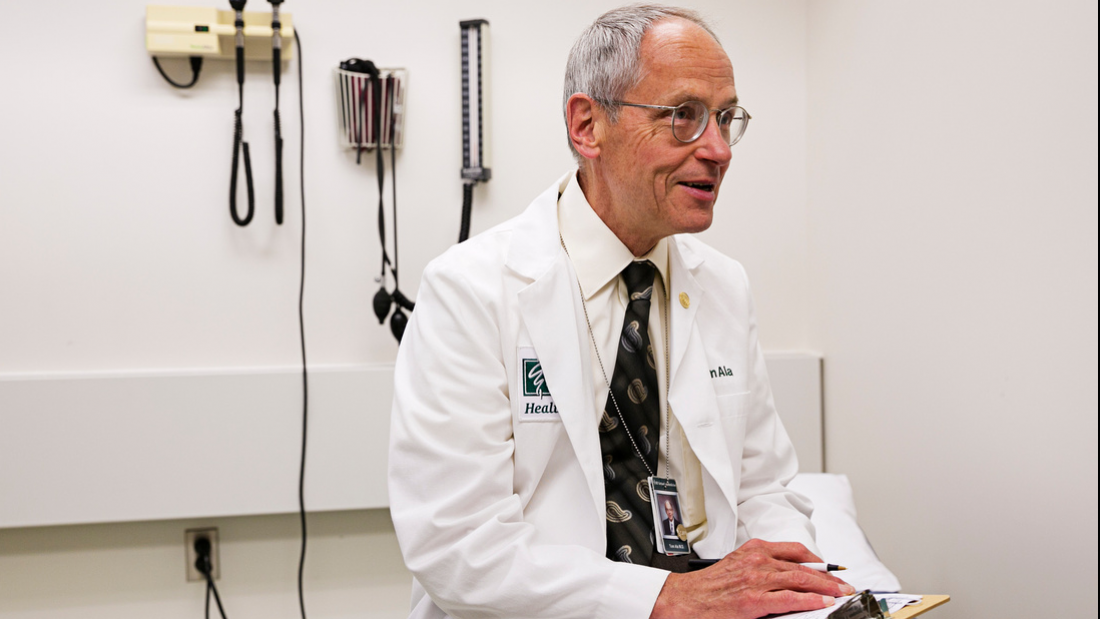 NPR: How Patients Help Unravel The Mystery Of Alzheimer's

Alzheimer's disease affects more than five million Americans, but the disease is still a mystery to scientists and doctors. There’s no cure. But some patients and caregivers hope to change that by joining clinical trials for new drugs.

At the Southern Illinois University School of Medicine, Dr. Tom Ala is part of a clinical trial for a drug that holds promise in slowing Alzheimer’s. It's a nationwide trial involving hundreds of patients.

Ala says it’s not easy finding people for clinical trials. Some worry about taking a drug that isn’t fully tested. Others balk because they may only get a placebo, and not have a chance to improve.

“Many patients who said, 'Well, we're not going to take any chances of any side effects, we're not going to chance of taking a placebo,'” Dr. Ala says. “I tell them if you're only taking the drugs we have right now, you're not slowing the disease. At least in research, there's hopes of slowing things, stopping things.”

Becky Doiron of the Illinois chapter of the Alzheimer’s Association says the problem goes well beyond Ala’s study.

“Scientists are working constantly to try to find new ways to prevent this disease to find a cure to reduce your risks," says Doiron, who helps match patients and caregivers with study opportunities. "Unfortunately, those studies are stalled when we cannot continue to retain our trial participants.

“So one of the biggest struggles that people are having in these clinical studies is the recruitment and retention of trial match participants, human participants."

Despite the obstacles, Joe Houston agreed to be part of Ala’s trial. That involves taking the drug and being subject to physical and mental exams to see how the disease is progressing.

The former university administrator has been in a number of trials. Following a strict schedule for medications and making periodic office visits can complicate life for wife Carol, who takes care of him.

“He's a wonderful sleeper at night, which is a blessing for him and for everybody ... " she says. "But during the day, in a lot of ways, I'm his warden, because there are just there are pills they have to be taken in the morning and noon and night."

Still, she’s philosophical about the demands on her time.

“A long time ago, I came up with the idea that, okay, these are new opportunities for loving Joe. And a lot of the time I can, I can hold on to that, then there are other times when, whoops,” she says with a laugh.

The Houstons have been together since grade school. Now, they cope with the disease in various ways, including holding onto a sense of humor. She still finds her husband's jokes funny, even though she’s heard them before.

They banter back and forth, exchanging inside jokes and reminiscing. Joe sings a jingle from an old commercial they both remember. Carol prompts him to explain what he always says at meals, and when he can't remember, she laughs it off.

Ala says many people who join clinical trials realize it may be too late to slow or stop their own disease. But they participate because they want to help others.

“They'll say we’re helping their children, helping the community helping others dealing with Alzheimer's. Because if we don't have research like this accomplished, nothing will be done,” he says.

Doiron sees that same viewpoint in many of the people she deals with. "They're hoping for a cure, they want to be a part of that it's something they can give back to future generations, hopefully, a future generation without Alzheimer's disease."

More information on the Alzheimer’s Association can be found on its website, including clinical research opportunities.

To read the article and view the interview please click on the following link or copy and paste into a browser:

This story was produced by Side Effects Public Media, a news collaborative covering public health.