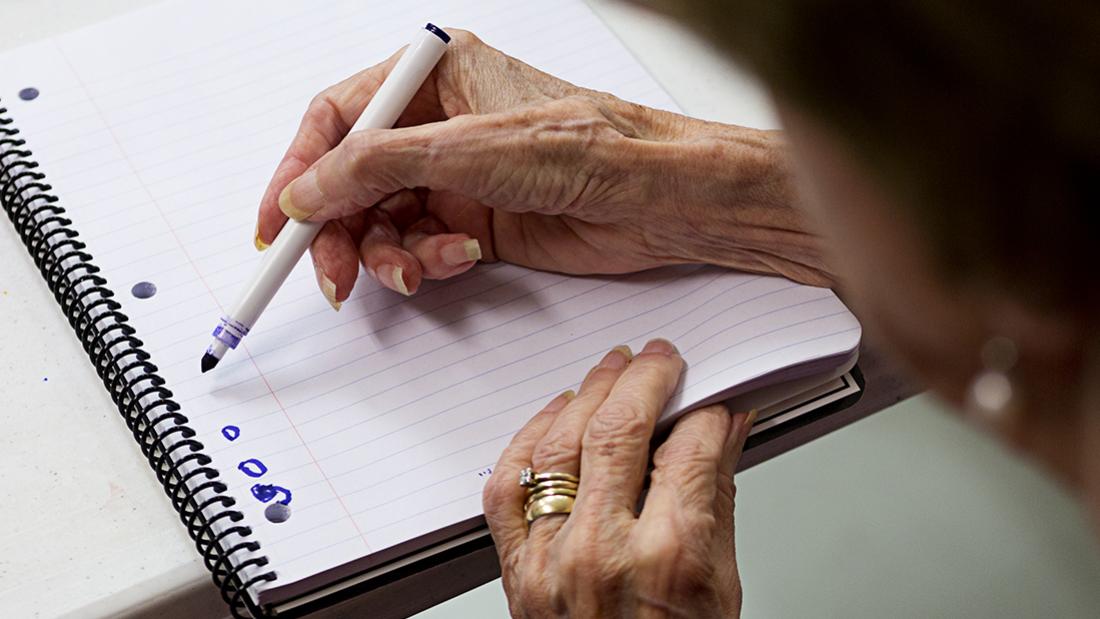 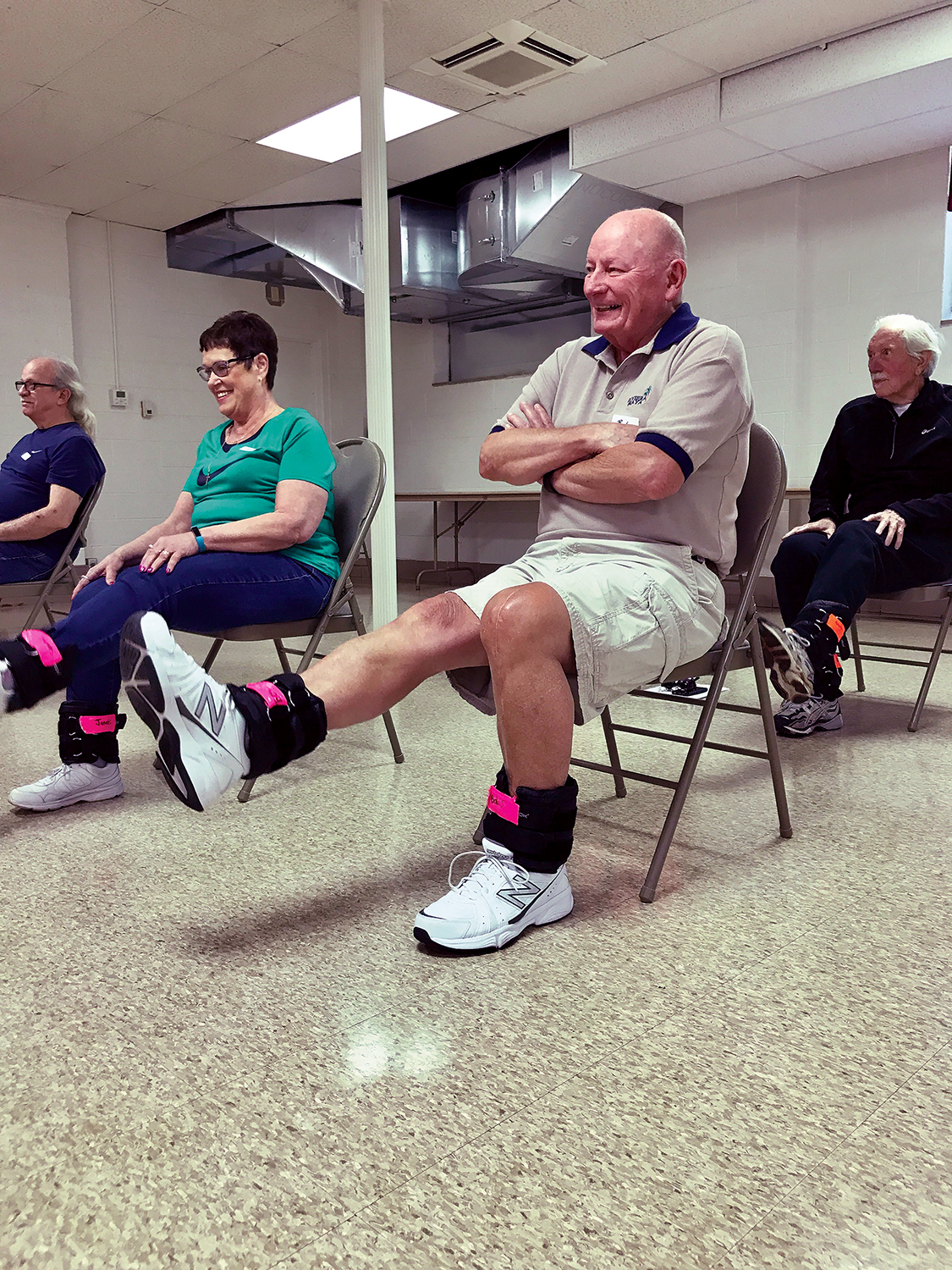 As American lifespans increase due to progress on other medical frontiers, the toll from Alzheimer’s disease grows. More than 5 million Americans are living with the disease, and by 2050 this number could rise as high as 16 million, according to the Alzheimer’s Association.

Since 1987, the Center for Alzheimer’s Disease and Related Disorders (CADRD) has diagnosed, treated and educated Illinois residents with Alzheimer’s and other dementia-related problems. In the last year, the center, along with its Memory and Aging Network, served more than 2,400 patients and their families.

The CADRD is partnering with the Illinois Department on Aging (IDoA) on a three-year Administration for Community Living grant to implement several initiatives to combat the memory-robbing disease. The CADRD will receive $700,000 of the $1,000,000 grant.

“Caring for a loved one with Alzheimer’s is overwhelming,” said Greg Kyrouac, director of education and outreach programs at the CADRD. “Programs like Music and Memory can help manage Alzheimer’s patients’ symptoms by easing anxiety and agitation, encouraging communication and stimulating memories.” Studies have found that institutionalized dementia patients are twice to three times as likely to die following elder care placement as those who stay home.

The IDoA award will help SIU develop and pilot new person-centered supportive services for people living with Alzheimer’s disease and related dementias and their caregivers, including:

Stepping Up, a falls-prevention exercise and dance class

Savvy Caregiver, an evidence-based, six-week class for caregivers of people with dementia who are still living at home

TimeSlips, a program that uses storytelling, creativity and meaningful connection to improve wellbeing

Opening Minds Through Art (OMA), an evidence-based, intergenerational art-making program that provides opportunities for creative self-expression and social engagement for people with dementia

Music and Memory Program, which uses mp3 players and the proven therapeutic use of music to lift spirits and trigger pleasant memories

Thanks to the award, the CADRD can expand its Music and Memory and Savvy Caregiver programs, which the center began in 2015, as well as add the new services to the center’s Memory and Aging Network sites throughout Illinois. Sites include Alton Memorial Hospital, Circle of Friends Adult Day Care in Champaign, Prairieview Lutheran in Danforth, Heartland Human Services in Effingham, Montgomery County Health Department in Hillsboro, McDonough District Hospital in Macomb, St. Mary’s Good Samaritan Inc. in Mount Vernon, Community Resource & Counseling Center in Paxton, OSF Senior World in Peoria and Evenglow Lodge/Inn in Pontiac.

In partnership with the Illinois Alzheimer’s Association and the Coalition of Limited English Speaking Elderly, organizations that also received IDoA funding, the CADRD aims to eliminate service gaps throughout central and south-central Illinois.

The IDoA grant will allow the CADRD to train professionals to identify and refer individuals with Alzheimer’s disease or dementia who are living alone via webinars.

The CADRD has also expanded its programming to replicate Minds in Motion, a non-pharmacological intervention originally developed in Champaign, in Springfield through a grant from Community Foundation for the Land of Lincoln King’s Daughters Organization Blackstock Fund. Additionally, the Memorial Medical Center Foundation will fund a two-day educational conference for health care providers and community members this fall.

While the CADRD treats the symptoms of dementia and reduces the burden placed on caregivers, researchers are focused on preventing and treating the disease. The Illinois Department of Public Health’s Alzheimer’s Disease Research Fund awarded Kevin Hascup, PhD, a $30,000 grant to study brain energetics – the flow and transformation of energy within the brain – related to Alzheimer’s disease. Dr. Hascup will monitor the effects of a toxic protein called amyloid beta associated with Alzheimer’s to better understand nerve cell changes during the disease’s progression.

To develop future fundraising initiatives in the hopes of making the CADRD a self-sustaining entity, SIU Medicine is forming a steering committee. Its long-term goal is to offer various in-home, community and clinical programs and tools for this population, regardless of their financial means.

Even for those with the financial means to care for their loved one with Alzheimer’s, the CADRD understands the emotional, physical and mental burden can be massive. Through continued grant funding and community support, the CADRD’s vision is to establish a fund that will help to provide comprehensive, multi-disciplinary support for patients and caregivers dealing with Alzheimer’s and related disorders where they live.

In addition to lab studies, the CADRD is recruiting participants with significant memory loss and mild to moderate Alzheimer’s for three clinical trials. For more information about these clinical trials, call Barbara Lokaitis at 217-545-9737.