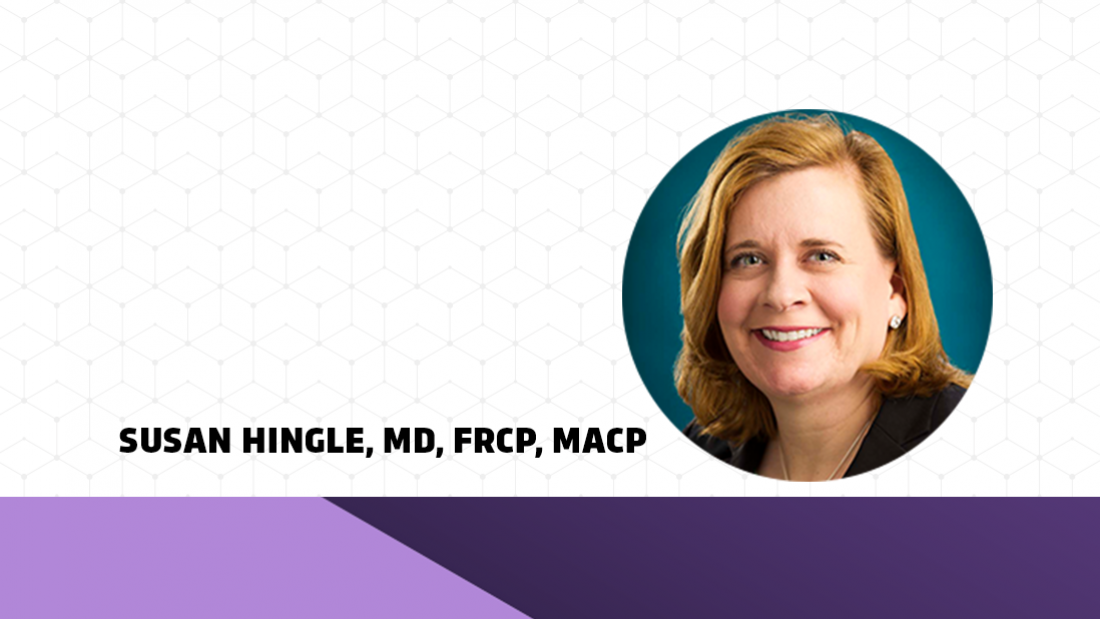 Hingle elected to Royal College of Physicians of London fellowship

A resident of Springfield, Hingle has served on the medical school’s faculty since 1998. She has previously has served as clerkship director and interim chair of the Department of Internal Medicine. Most recently, Hingle served as the chair of the American College of Physicians (ACP) Board of Regents; her term concluded in April 2018. She has also been chair of the ACP Board of Governors and governor of the Illinois Southern Chapter of ACP. She has earned many honors and awards, including the ACP’s Walter J. McDonald Young Physician’s Award, the Illinois Laureate Award, and the Golden Apple Award for outstanding teaching from the SIU Class of 2013.