Here you will find a description of research projects currently ongoing in the Play Lab, as well as projects that were previously completed. For presentations and publications from these studies, see publications.

Early cognitive development, such as ability to conserve, engage in fantasy, and group similar objects, is studied in 1 to 4-year-old twins. Twins are tested within a month of their birthdays in the play lab. This is a longitudinal study, with twins being tested every year from age 1 (or as early as we can recruit them) to age 4. Genetic and environmental influences on these cognitive abilities are examined by comparing identical and fraternal twin correlations. When the twins turn 5, they participate in the Preschool Social Behaviors study described below.

Social behaviors of 5-year-olds are examined in this study. Children are brought to the lab by their parent(s) and are tested on several tasks that assess such concepts as self-esteem, interpersonal behaviors, and cognitive skills. Parent-child interactions are filmed at the end of the study. Genetic and environmental influences on social behaviors are studied.

Social behaviors of 5.5-year-olds are re-examined in this follow-up study. Children return to the lab with their parent(s) 5-10 months after their initial 5-year-old testing (described above) to be retested on several of the original tasks assessing social behaviors and cognitive skills. Again, genetic and environmental influences on social behaviors are also studied.

This study involves examining the interactions between mothers and their young twins during structured and unstructured videotaped interactions. Twins were tested longitudinally at ages 7, 9, 14, 24, and 36 months. Mother and twin behaviors are coded to assess the degree to which mothers respond to their children versus children respond to their mothers. Because twins are used, mothers' responses to identical versus fraternal twins can provide information about how much the children's own temperaments and behaviors influence the mothers' behaviors.

This study examined various aspects of family life during the COVID-19 pandemic, both prior to social isolation (Jan./Feb. 2020) and after the quarantine period ended (May/June 2020). Participants included families of multiples (with children currently aged 1 to 17 years old) who previously participated in SITSS at younger ages (as part of those ongoing studies described above). Parents were asked to complete a series of questionnaires posted online regarding aspects of household functioning and parenting behaviors. Data analysis is ongoing and a manuscript describing the initial results of this study is currently being prepared for publication.

This study involved twins/triplets aged 7 to 13 years old who were tested at age 5 (as part of the Preschool Social Behaviors project described above) and investigated various aspects of health and anxiety. Data were collected via self-report from the twins/triplets, as well as parent-reports of their children's behaviors.

This is actually two studies, both involving telephone interviews of twins/triplets aged 6 to 10 years old. One study examines parent and child perceptions of parenting, and the other is a continuation of our previous emotion study (see below), examining children's social interactions with their peers.

Data collection for this study was completed in June, 2013. The purpose of this study was to examine 6- to 10-year-old children's and parents' emotion skills and theory of mind, and relate these to children's experiences with their peers, including bullying, prosocial behaviors, and victimization. Thanks to all the wonderful families who participated in this study!

The purpose of this project was to better understand how 5-year-old children interact with unfamiliar peers in a novel situation, and to learn about whether these behaviors are partially influenced by genetic factors.  Data collection was completed in 2003. Children came to the play lab and are allowed to play freely with same-sex, same-age peers. Play was videotaped and later coded off tape by trained raters.  Behaviors such as caring, sharing, rough and tumble play, physical and verbal aggression, and compliance are coded. This provides information about normative behaviors at this age. The use of twins also allows investigation into the degree to which genetic and environmental influences act on these behaviors.

This study was completed in the spring of 2000. Boys were assessed during the year before they began kindergarten on measures such as temperament, self-confidence, and responses to provocations. For boys who were attending daycare, their daycare teachers also rated them on aggressive and prosocial behaviors, and the daycare setting was evaluated. The following year, kindergarten teachers of the boys rated the boys on aggressive and prosocial behaviors. Results of this study appear to demonstrate that daycare laxness in discipline significantly predicts both proactive (unprovoked) and reactive (response to provocation) aggression while the child is enrolled in daycare. However, this effect does not appear to persist through kindergarten. Furthermore, family conflict may be related to reactive but not proactive aggression. 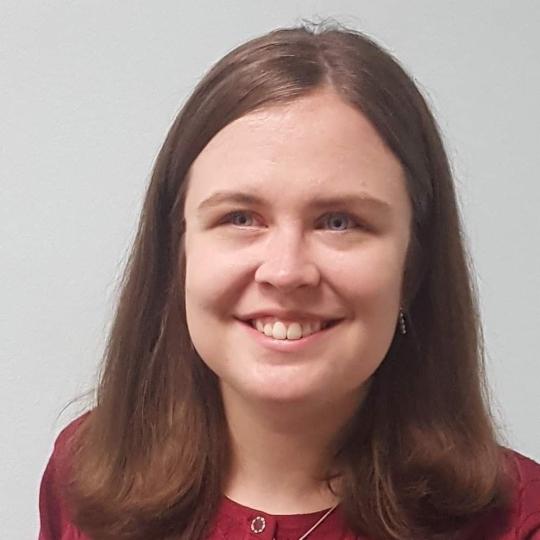 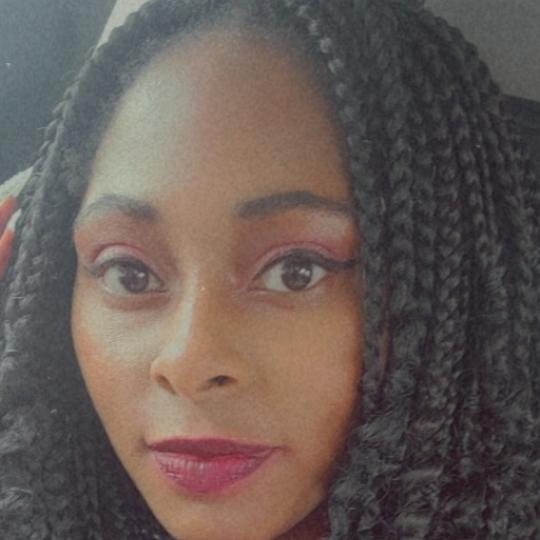 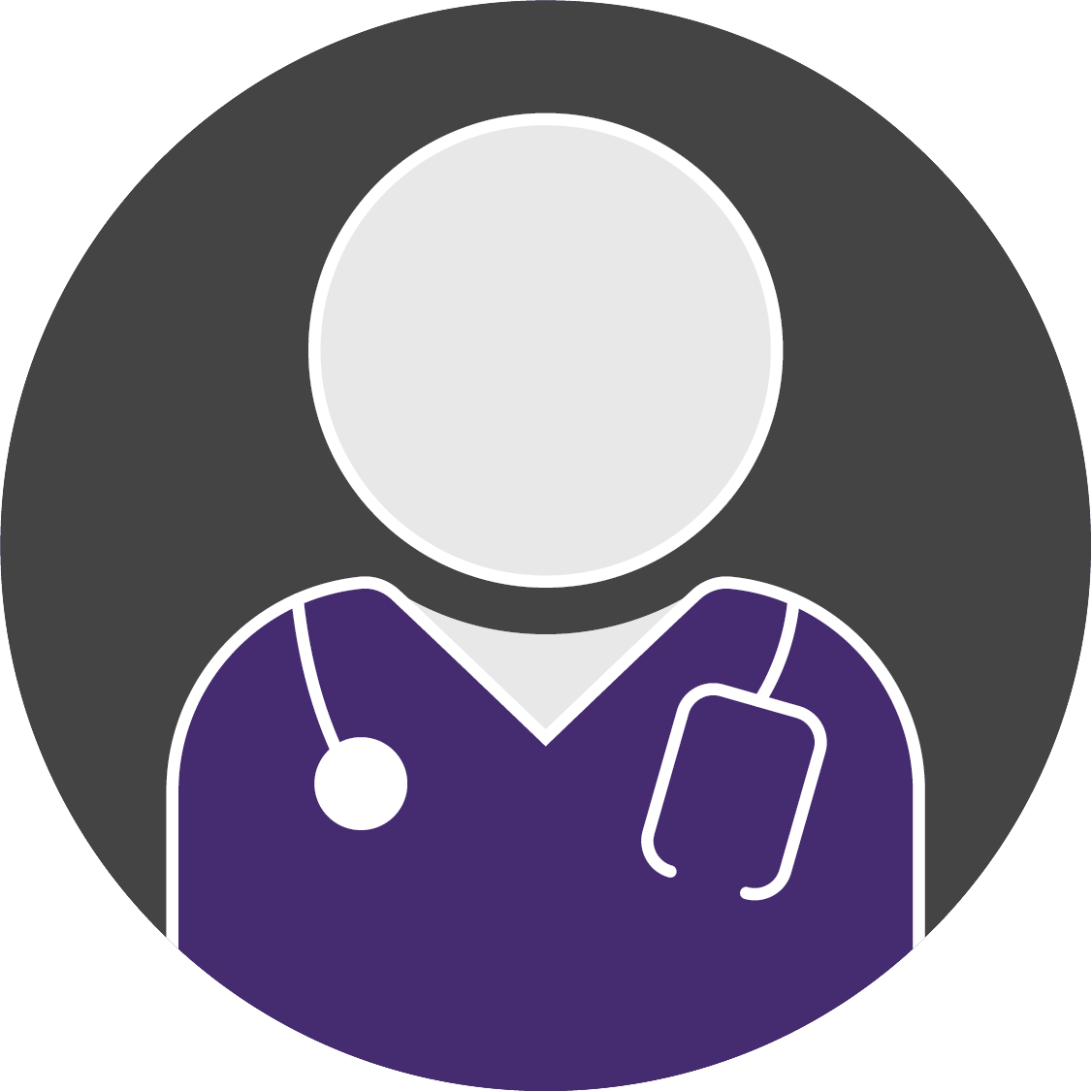 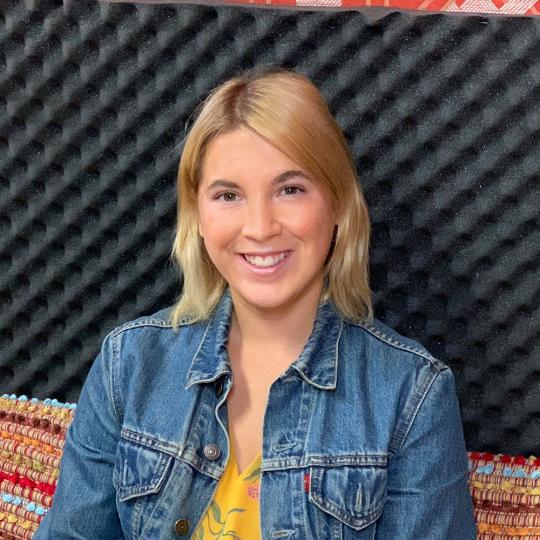 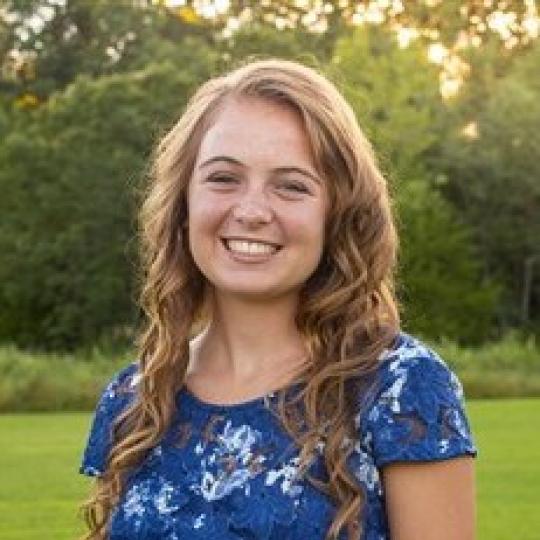 It serves twins, their families, the media, medical and social scientists and the general public through its publications, its national Twin Registry and its multi-media resource center.

The Illinois Organization of Mothers of Twins Club, Inc. (IOMOTC) was founded in 1962 as an Illinois non-profit, educational, public service organization for mothers of twins and higher order multiple birth children. IOMOTC provides support, information, and networking services to parents of twins and higher order multiples through its member club affiliates.

Twins and their families were identified for the registry by using publicly available birth records, public driver's license information, and through public and private school records. This information was made available only for the purpose of medical research.

Twins Magazine is the only international publication dedicated to parents of multiples and their unique parenting needs. It provides practical parenting advice, informative features, touching personal accounts, the latest research findings and developmental data specific to multiples aged birth to 6.

To initiate the process of establishing a nation-wide twin registry by starting as a volunteer register and working towards a population based register, to compliment and supplement current teaching and research activities undertaken in Sri Lanka, in the field of Social, Genetic and developmental research.

International Society for Twin Studies (ISTS) is an international, nonpolitical, nonprofit, multidisciplinary scientific organization. Its purpose is to further research and public education in all fields related to twins and twin studies, for the mutual benefit of twins and their families and of scientific research in general.

The Behavior Genetics Association is an international society that promotes research into the connections between heredity and behavior, both human and animal. 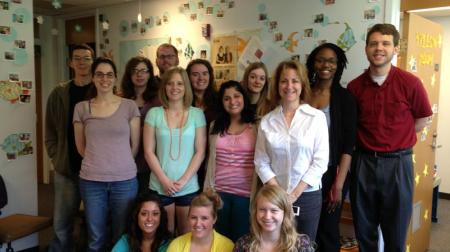 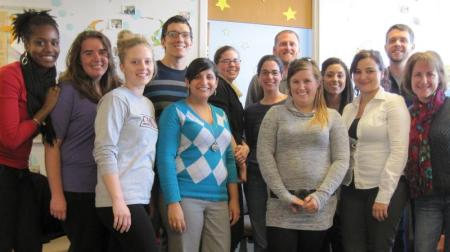 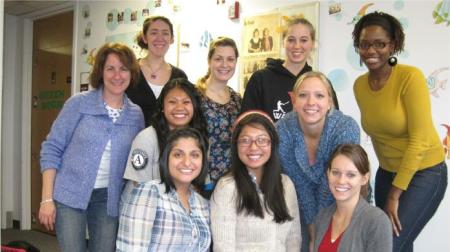 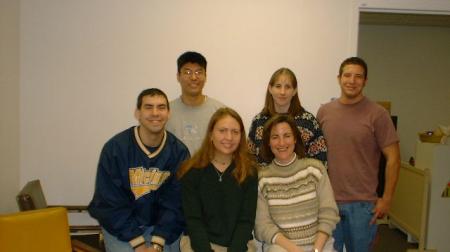 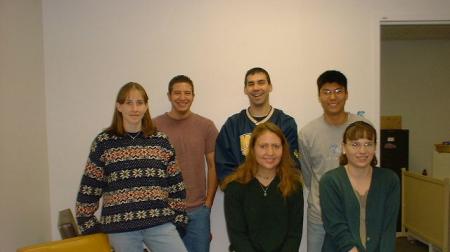 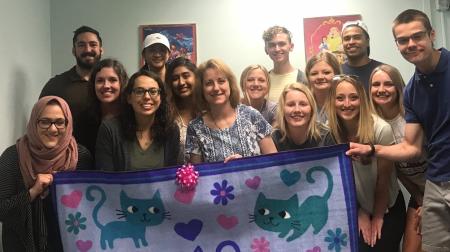 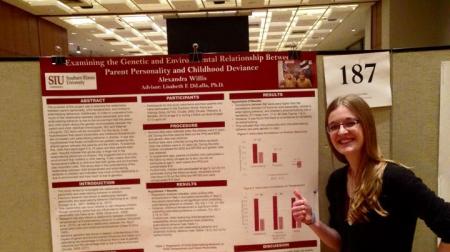 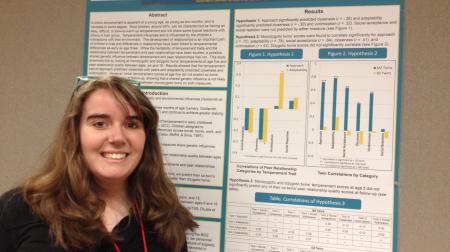 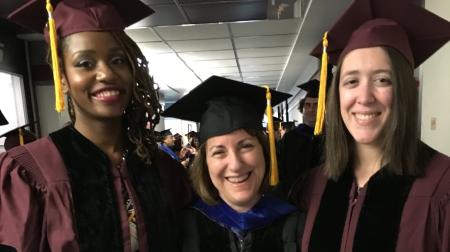 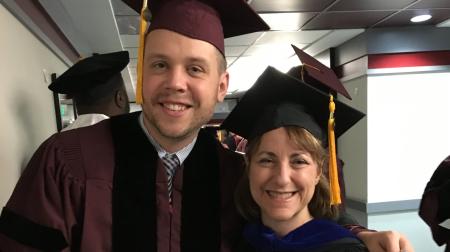 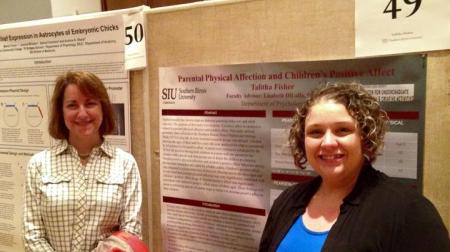 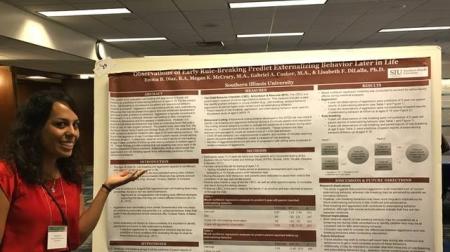 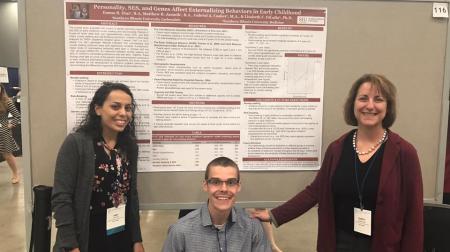 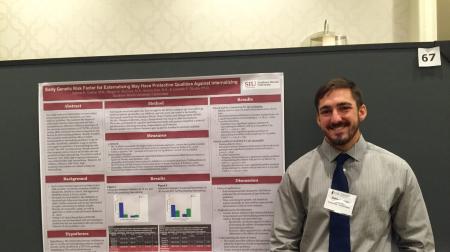 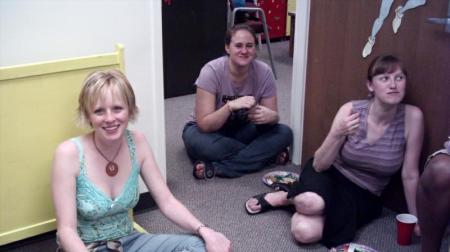 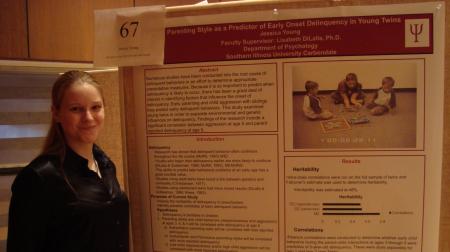 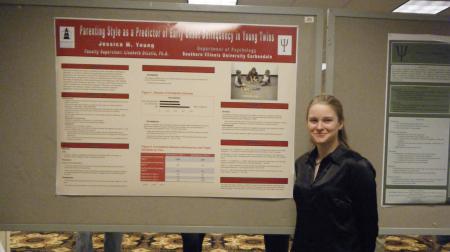 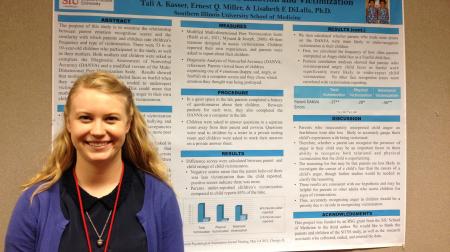 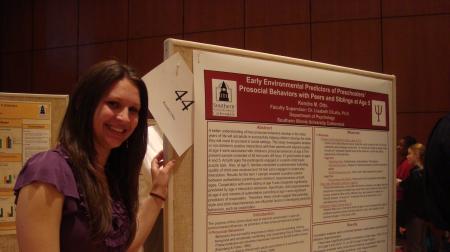