Kenniebrew founded the hospital because he could not obtain medical privileges at area hospitals.
The son of a former slave, Kenniebrew was educated at Tuskegee University and was a friend, colleague and personal physician to Booker T. Washington. After relocating to Illinois, he persevered despite repeated road-blocks from the Jim-Crow world of the early 20th century. His annual lecture sheds light on the history of health disparities, suggesting solutions to the resistant problems that negatively affect the lives of so many in the United States. HSHS St. John’s Hospital, Memorial Health System and the SIU Foundation help support the cost of the annual presentation.

REQUEST FOR WORKSHOP PROPOSALS DUE NOVEMBER 30, 2022

Southern Illinois University School of Medicine has made a significant, ongoing commitment to becoming an anti-racist institution.  For many years, our school has celebrated the life and legacy of Dr. Alonzo Kenniebrew during Black History Month with an award in his honor, a dinner, a speaker, and a community discussion the following day. This year we are expanding the event to include the first annual Kenniebrew conference, dedicated to centering and advancing equity and justice work in medical education and in our communities. This one-day, in person conference is a wonderful opportunity for physicians, resident physicians, medical students, and medical educators who have interest in presenting in a supportive environment at a regional conference. 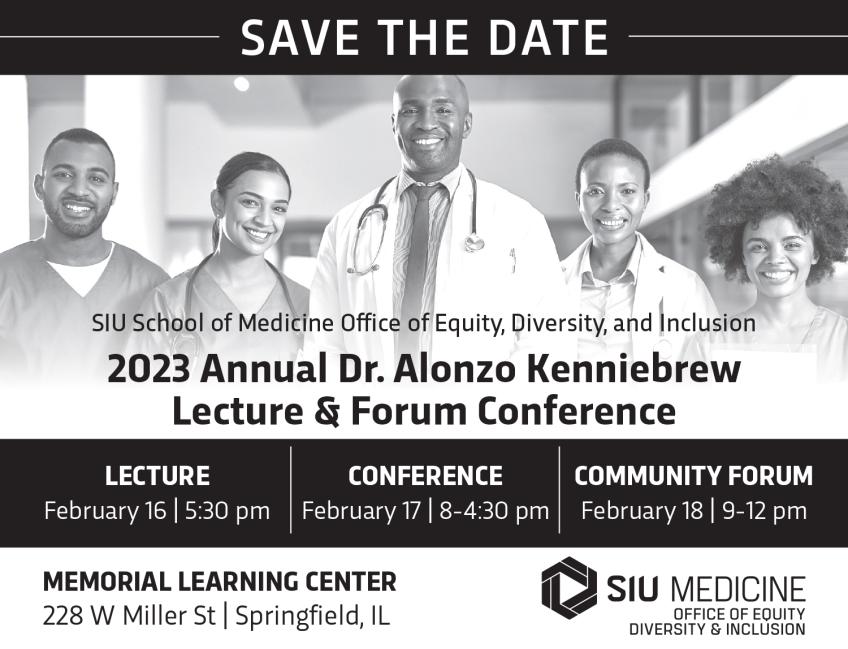 If you are interested in presenting at the 2023 Kenniebrew Conference, please compete the form.