The Alonzo Homer Kenniebrew, MD Forum, Lecture and Conference on Health Inequities and Disparities is an annual discussion of health disparities and other factors that impact population health. It commemorates the life of a ground-breaking central Illinois physician. The event was expanded from a forum to a three-day event in 2023.

Kenniebrew founded the hospital because he could not obtain medical privileges at area hospitals.

The son of a former slave, Kenniebrew was educated at Tuskegee University and was a friend, colleague and personal physician to Booker T. Washington. After relocating to Illinois, he persevered despite repeated roadblocks from the Jim-Crow world of the early 20th century. His annual lecture sheds light on the history of health disparities, suggesting solutions to the resistant problems that negatively affect the lives of so many in the United States. HSHS St. John’s Hospital, Memorial Health System and the SIU Foundation help support the cost of the annual presentation. 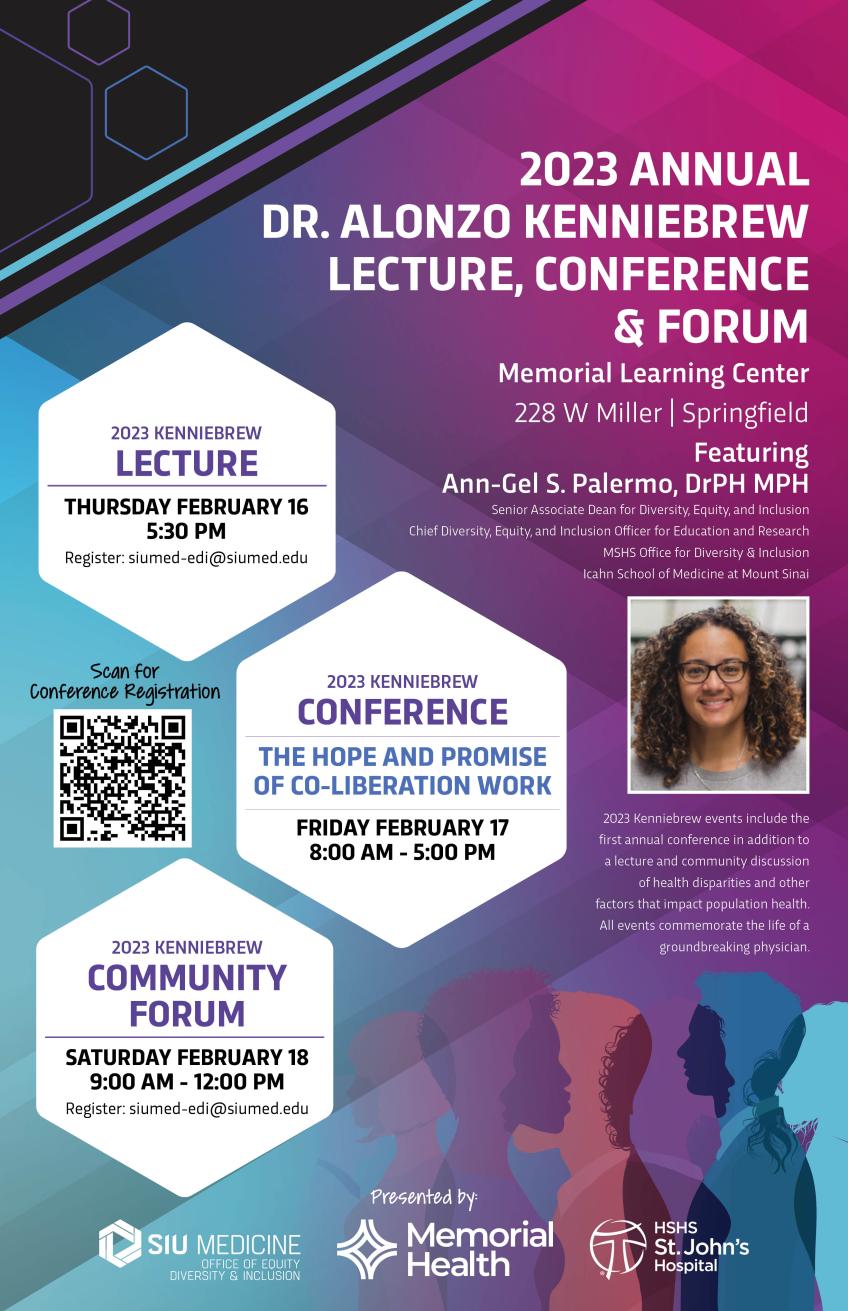