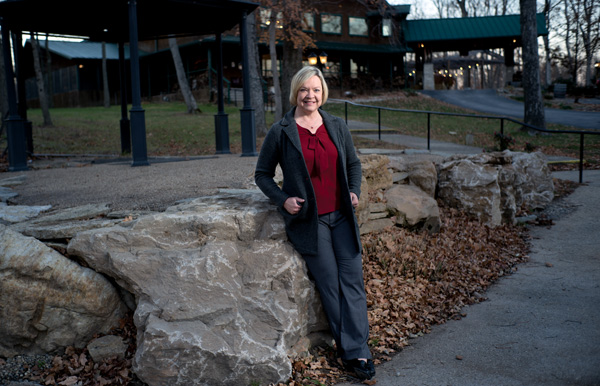 Angela Holbrook, MD, Class of 1989, cradles four bottles of wine that she carefully delivers to a group of eight visitors to the Hidden Lake Winery Oktoberfest. She rushes from table to table, greeting friends and welcoming visitors. She gives duties to her staff like her cousin’s son, Travis. With no makeup, dressed in an orange t-shirt and jeans, Dr. Holbrook looks like a worker herself, not the owner.

A while later, she emerges refreshed in jeans and a grape-colored t-shirt that reads "Keep Calm and Drink Wine" — a fitting mantra for the Octoberfest. The winery is tucked into the village of Aviston, Ill., population 2,000, located 35 miles east of St. Louis.

"We have so much to offer in southern Illinois — farmland, natural resources and tourism opportunities." - Dr. Angela Holbrook

Dr. Holbrook sits at the family table, looking out on 400 attendees: friends, acquaintances, strangers and a group of Harley Davidson bikers. She hugs a high school friend who is celebrating her 25th wedding anniversary. It’s a beautiful fall day – a sunny 80 degrees with calm winds — and the late-October sun over the lake reflects the autumn colors of the surrounding woods, called "Silent Forest." A bluegrass band plays over our conversation. "I’m distracted," she admits. "I’m watching the kids playing on the rocks and thinking, ‘be careful.’ And I see so 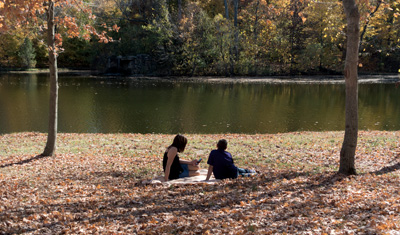 me friends over there."

Dr. Holbrook will celebrate the winery’s 10th anniversary this year. "We bought the land and thought we’d like to start a family business. Initially we just wanted a small winery, but it’s grown into a bigger project than we thought." Set on 92 acres that includes two lakes and wooded areas, the winery has expanded to a 20,000-square-foot facility for wine tastings, banquet rooms, and wine-making. Some of the land is winery, some shared with a local tenant farmer.

Hidden Lake has become a destination wedding location, a banquet facility and a beautiful backdrop for family portraits. Ten cabins make it a unique getaway locale. Dr. Holbrook often allocates some of her home — adjacent to the parking lot — as additional space for small gatherings. 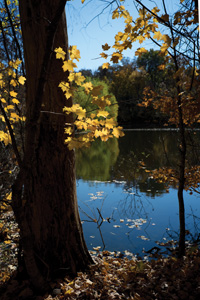 "I grew up a mile away from here," Dr. Holbrook says. "I wanted to come back home."

It’s not difficult to see why. Forests of trees changing color for autumn surround the remote winery. A small waterfall and multiple bridges create a serene environment. "It’s so pretty and tucked away."

Offering award-winning chambourcins, vidal blancs, seyval blancs and others, the winery produces and bottles all of the wines served.

Why wine? "I love wine, and we wanted a product we could grow," Dr. Holbrook says. "We liked the idea of giving back to the community. I’m so pleased how we’ve grown to become a local landmark. It’s positive for the city." Dr. Holbrook, now running the winery solo with the help of beloved managers and a staff of about 40, envisions more locally grown grapes in future years.

Life in the silent forest contrasts with her hectic pace of emergency medicine. She is medical director of emergency services at Alton Memorial Hospital, an hour’s drive from Aviston, where she still works all shifts.

Three years into her position as medical director, she enjoys the leadership opportunities and delving into the economic issues facing medicine, the administrative challenges and the moment-to-moment pace of patient care. "With more technology, it is exciting to be able to offer so much to people with chronic illnesses — treatments we’ve never been able to offer before. But that is expensive. How do we as a country provide that technology on an affordable basis to everyone?" 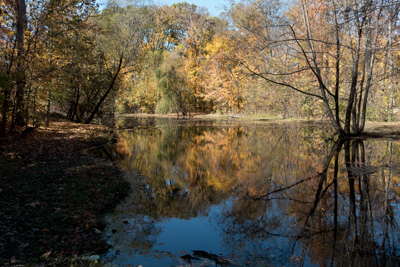 Asking these sorts of tough questions is what led Dr. Holbrook to medical school. As a college student, she envisioned a law career. "But I was always interested in science. The pre-law courses in business and accounting — that wasn’t what my heart told me to do."

After befriending pre-med students, she delved into basic science courses. A tough, demanding microbiology professor asked her if she had thought about becoming a physician. "He said that I thought about things like a physician. I was floored, but if he thought I could do it, I considered it. I was always questioning, wanting to know why." She set her sights on medical school.

SIU School of Medicine was always her first choice. "I was from southern Illinois, and this was an area in need of physicians. I wanted to stay close to home." As a medical student, Dr. Holbrook was newly married with an infant son, Jason, now 34. Just as she credits her family for helping her maintain the winery, she credits her family with helping her care for her sons while she faced the challenges medical school presents — including the then new problem-based learning curriculum in 1985. "We were one of the first classes to have the option of doing the PBL curriculum. At the time, we weren’t really excited about it. We didn’t understand it; we were used to rote learning, and we weren’t sure PBL was adequate to teach us what we needed to know." She remembers Dr. Kevin Dorsey as one of her first instructors, leading the class through basic physical exam skills. 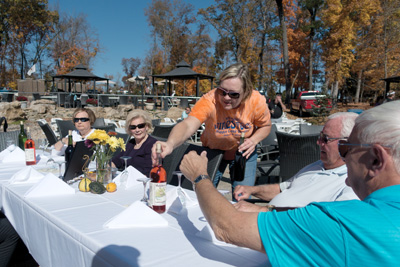 She completed a residency in medicine-pediatrics, but in the final months, she still couldn’t decide if she wanted to choose to care for adults in internal medicine or choose the pediatrics path. A stint in an emergency room in Kentucky in her final months of residency unveiled a hidden passion for the pace and variety of working in the emergency department. "Emergency medicine was much more fulfilling to me." Twenty-two years later, Dr. Holbrook has fermented into an emergency medicine aficionado, deeply satisfied with a fast-paced emergency career and the tranquility at her home in wine country.

She remains very close to her family. Her brother John Toennies owns a section of the land that formerly held their father’s dairy farm. He now provides some of the grapes for Hidden Lake Winery. He and Dr. Holbrook’s brother-in-law Lee Deiters and nephew Nick Deiters are partners in that vineyard and grow grapes used to make the wine. Nick is also a winemaker. "I couldn’t have done this without my family," Dr. Holbrook says.

Jason and his family live nearby. Her younger son, Adam, is a student at SIU Carbondale. Her mother lives a mile away. "I would not be happy living far away and not seeing them on a regular basis," Dr. Holbrook says. And her Hidden Lake staff is like family, too. Some managers have been with her since the first grapes were fermented. She credits her managers for keeping the winery running as smooth as a fine chambourcin.

Dr. Holbrook has found the right blend of being a physician and business owner and continues asking tough questions that has served her well in both careers. "Illinois is really challenged as a state, but there are positives here, especially in southern Illinois. We as physicians can’t give up. There are enough physicians here to make a difference. But we need more. We have so much to offer in southern Illinois: farmland, natural resources and tourism opportunities. We need to stay positive — keep calm and drink wine."